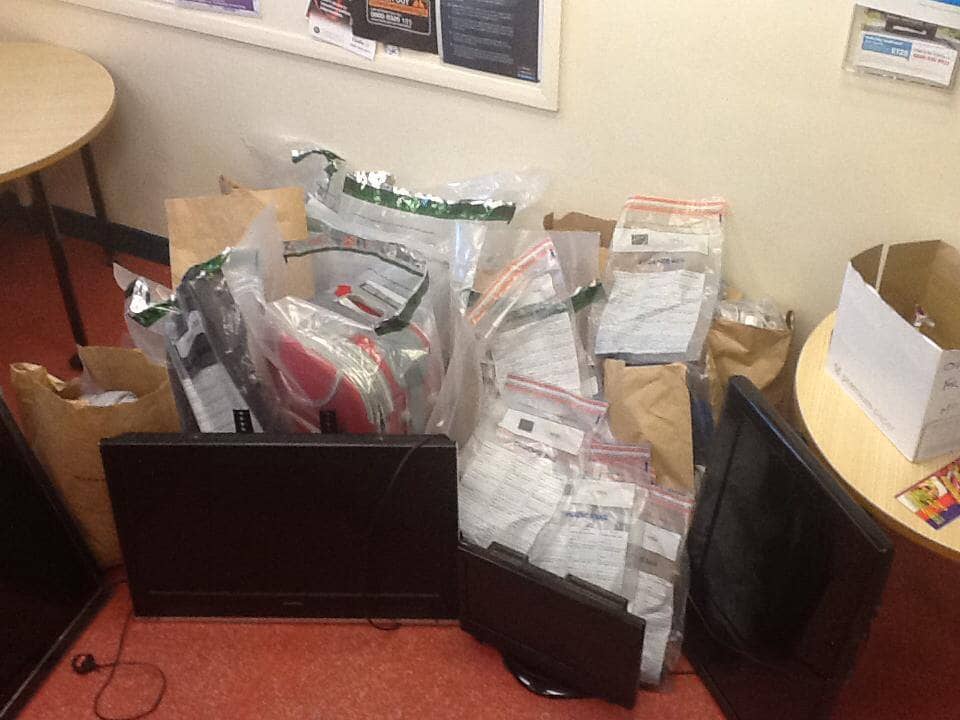 Police in Armagh have recovered a large haul of stolen property after a number of searches in the Armagh City area today and are looking forward to returning it to their rightful owners!

The PSNI in Armagh said that, as part of a cross-border investigation, a number of searches were carried out in the city, while a van stolen over the weekend in Markethill has been recovered in Dublin.

A large quantity of suspected stolen property was recovered in Armagh.

The items have come from a number of burglaries around the city.

The PSNI in Armagh, posting via their Facebook page, state: “It made us really happy to let some of the victims know that their property has been recovered and will be returned to them soon.

“We are still working to identify the owners of the rest of the stuff. Some pieces of jewellery were of sentimental value so its great to have them back for people.

“A number of arrests have been made and enquiries are ongoing.”

The PSNI, in a direct appeal via Facebook, urge: “If you have any information about burglaries or any other crime, please let us know. We will take action. Burglary leaves the victims in fear and so much of the property stolen is of personal value to them. Call Police on 101 or Crime Stoppers anonymously on 0800 555 111.”