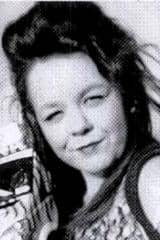 Police and the family of missing Craigavon teenager Shaneen McCullough are becoming increasingly concerned about her whereabouts.

It is believed 15 year old Shaneen travelled to Helen’s Bay from Portadown on Sunday, June 22 and has not returned  home.

Shaneen is described as being 5ft 6in tall, of heavy build with long brown/blonde hair. When last seen she was wearing a blue vest top, denim skirt and floral cardigan and was carrying a bag.

It is possible that Shaneen may be in the East Belfast area.

Police are appealing to Shaneen or anyone who knows of her whereabouts to contact them immediately in Craigavon on the 101  non-emergency number, quoting ref: 49220614.