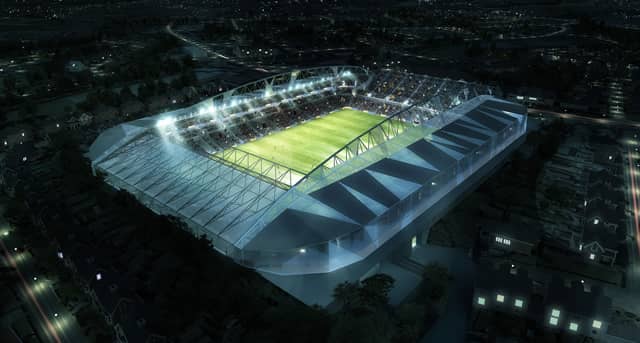 The Ulster GAA council, based in Armagh City, today welcomed the announcement by the Environment Minister Mark H Durkan MLA that he has granted planning approval for the Casement Park redevelopment project.

The complete rebuild on the current site in will see the stadium’s current capacity increased from over 32,500 mainly standing terracing to a 38,000 all seater which will result in a new state of the art premier provincial GAA stadium in Belfast. Agreement has also been reached between DCAL and the GAA on the project Funding Agreement.

Tom Daly, Former Ulster GAA President who is the Chairman of the Casement Park Project Board and Ulster GAA Project SRO welcomed the announcement: “Today’s announcement by Minister Durkan represents another significant milestone in the ongoing development process. “After 20 months of consultation and engagement we now have the green light to proceed. I would like to thank the Minister and the Planning Service for their work over the past six months. I would also like to thank our design team Mott McDonald and our planning consultants RPS; Our Stadium Project Board and our hard working Stadium Executive Team who have worked hard to deliver this result.

“We now look forward to progressing the other work streams around the stadium with a view to being on site by Spring 2014 and commissioning the new stadium for the 2016 Ulster GAA Championship and Antrim GAA Championship season.

“The young gaels of Antrim’s GAA Clubs will have a new home which will compare favourably to anything available to sports people the world over. I am also pleased that agreement has been reached around the project funding agreement which brings complete certainty around the project budget.”

Ulster GAA President Martin McAviney commented: “I want to congratulate the Stadium Project Board under the leadership of Tom Daly and Danny Murphy for their work in achieving this significant milestone in the ongoing Casement Park development project.

“This is a proud day for Ulster GAA I want to thank the Project Board and the Stadium Executive Team for their hard work that has delivered a significant result for the entire GAA. I want to thank the Environment Minister Mark H Durkan MLA and his officials for their co-operation over the last six months and I want to also thank Minister Carál Ni Chulín MLA and her officials at DCAL including Programme Director Noel Molloy for their investment and commitment to this project.”

Páraic Duffy GAA Director General commented: “Today’s announcement in relation to Casement Park is a “red letter” day for the GAA in Ulster and indeed Ireland. The GAA’s Central Council decided to invest significant partnership funds of £15 million in the project to meet the strategic stadium needs of Ulster GAA who as the governing body of the GAA in the Province are the project promoters.

“All the members of the Project Board led by Tom Daly and Danny Murphy and the Ulster GAA Executive team deserve great credit for their work. From the outset of this project we have operated a tripartite arrangement that involves the GAA Central Council, Ulster GAA and Antrim GAA and I would highlight that in addition to providing the strategic needs of Ulster GAA, the stadium will serve as a fantastic facility for Antrim GAA and act as a driver for our games in Ireland’s second city and the entire country.”