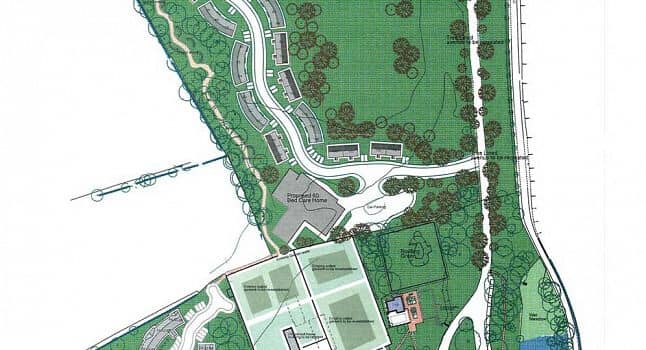 Planning officials are poised to refuse a major application for a £20 million retirement village close to Armagh City, which has the potential to deprive the area of in excess of 100 new jobs, Armagh I can exclusively reveal.

Department of Environment Planning Service has written to Armagh City and District Council with a ‘Notice of Opinion to Refuse Major Planning Application’.

The proposed development was designated an ‘Article 31’ application which means it falls within the ‘major’ category.

The original application was submitted in the summer of 2009 and was for a retirement village, in the grounds of Manor House at Milford.

The development then was cited as being spread over a 30 acre site and the first of its kind in Northern Ireland.

A required investment figure in the region of £20 million was being given.

It was submitted in the name of Homecare NI and was designed to provide a central village, offering all of the care and related services required to meet the needs of the population within a community setting.

Scores of individual residential units, a mix of housing and apartments, was proposed, as well as a 60-bed care home.

Strategic Planning were asked to consult with local community and political representatives to obtain support for the plans and try and speed it through the planning process.

Meetings were held with community groups and local politicians at all levels, which led to a presentation to Armagh City and District Council, which offered its backing.

According to the DoE, the land in question is located within the grounds of Manor House, extending approximately 380m north of Manor House and 350m west of Ballyards Road, Milford, Co Armagh.

The proposal is a retirement village and nursing home within the grounds of Manor House comprising retirement dwellings and other works.

The DoE has told Armagh City and District Council that, following detailed consideration of the proposal, the Department had decided to issue a Notice of Opinion to Refuse this development.

In arriving at this decision, the Department reports that it has taken into account all relevant planning matters, including planning policies; the development plan; relevant material factors; and representations submitted from all interested parties.

The applicants will have the right appeal the decision to the Planning Appeals Commission against this notice.

If an appeal is received, councillors have been assured they will be advised of this “in due course”.