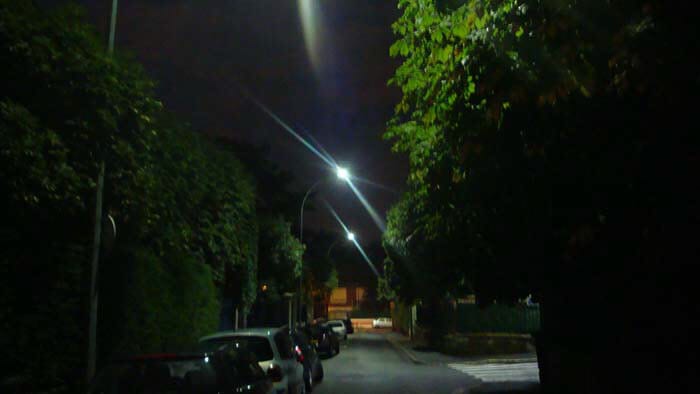 Up to 20,000 street lights are to be replaced in Craigavon and Banbridge at a cost of £6 million.

And the idea behind the plan is to save money, by replacing existing lights with the more energy efficient LED street lights.

The work will be spread out across the Province but it will begin with this pilot scheme in Craigavon and Banbridge, and work is due to get underway by the summer.

Small areas of LED street lights have been introduced here in the past but this is the first major scheme of its type and will see 20,000 lights in these two areas alone being replaced.

Regional Development Minister Danny Kennedy said: “In these financially challenging times, it is important that every effort is made to make savings and reduce costs without impacting on the public.

“Street lighting energy and maintenance costs are very significant, costing in excess of £13 million every year for my Department. “Over the last number of years, small pockets of LED street lighting have been introduced across Northern Ireland, such as the recent installation on the Knock dual carriageway.

“LED street lighting is relatively new technology and I now wish to trial it on a larger scale.

“There are considerable savings to be made in energy and maintenance costs from LED lighting. Units last longer and they consume less energy than conventional lanterns.

“Large sums of capital investment are required, however, immediate returns on running costs are achieved with a pay back on the investment in around eight years anticipated.

“Whilst our budget is under pressure, I have decided that we must not lose this opportunity to start introducing LED lights on a wider scale and the future cost savings it will bring.”

The first LED street light pilot project will be across Banbridge and Craigavon areas and aims to replace around 20,000 existing lights.

Mr Kennedy added: “This will be a significant investment and, as my budget permits, I will continue to introduce similar schemes across Northern Ireland.”

An LED street light uses light emitting diodes as its light source. It is described as being more energy efficient compared to conventional street lighting, such as high and low pressure sodium lamps.

It has a much longer lifespan than conventional lighting and therefore has the potential to reduce maintenance costs.

There are around 280,000 street lights in Northern Ireland and this £6 million investment will aim to replace up to 20,000 of them.