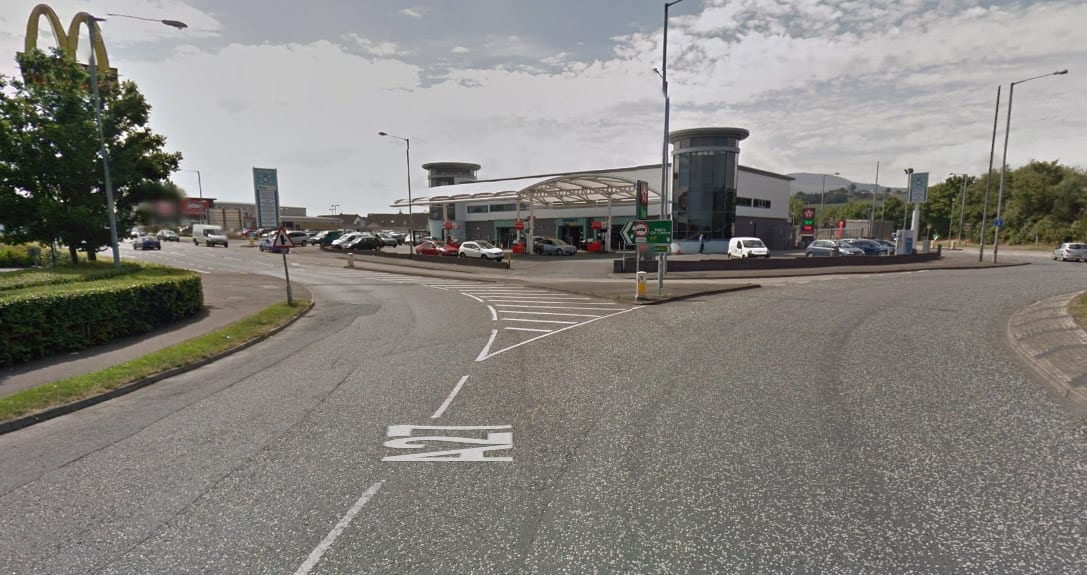 The two men arrested after a pensioner’s car was stolen in Armagh and crashed at Newry have been released on bail pending further enquiries.

The car, a black Vauxhall Insignia, had been stolen from Thomas Street in the city at 7.40am on Wednesday.

A description was circulated to all patrols after the theft..

Officers in Newry came upon a black Vauxhall Insignia which had crashed into the Fiveways Roundabout (pictured). Two men made ran from the car and officers chased them on foot.

The 34-year-old man was arrested for aggravated taking a motor vehicle without authority, driving whilst disqualified and driving with excess alcohol.

The 53-year-old was arrested for allowing himself to be carried.

Both were later released on bail pending further enquiries.