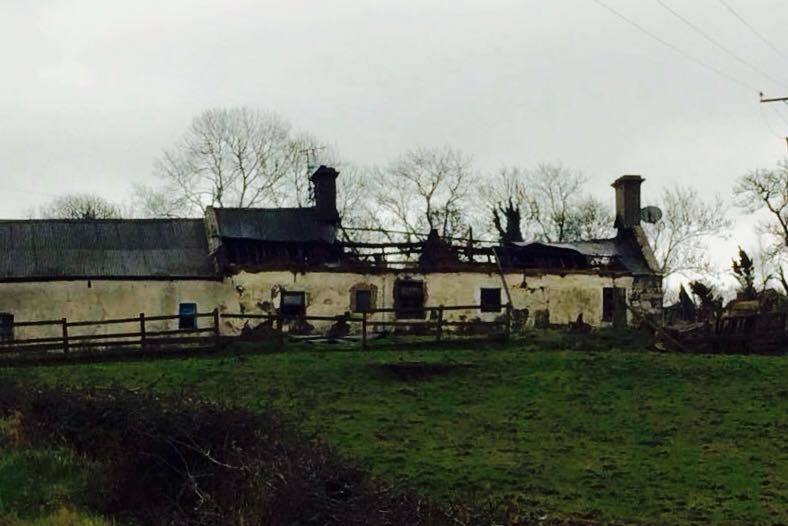 A man has died after a fire at a house in Loughbrickland, near Banbridge, the Fire Service has confirmed.

The identity of the victim has not been made known formally at this stage.

But he has been named locally as Geordie Tuft.

The fire broke out at the home of the BBC Radio Ulster favourite, who for years was a regular contributor to The Gerry Anderson Show.

The fast-talking farmer was a good friend of the late presenter and would phone the show with advice for listeners on animals, most notable for his tips on how to “dung out a bed”. A familiar voice to thousands of radio listeners across Northern Ireland, in 2004, he was robbed at the property and handcuffed to a table when the intruders made off with £5.

The incident shocked local people but the farmer refused to leave the home he loved.

The cause of the blaze at the property at this stage is not known.

It remains cordoned off tonight (Tuesday).

DUP Councillor Carla Lockhart has said her condolences are with the family of the deceased.

Speaking on the issue Cllr Lockhart said: “This is heart wrenching news about a loss of a life in a fire. Loughbrickland is a close knit community and this will rock it to the very core. I would commend the fire service for their assistance with this situation and know that efforts were made to bring the blaze under control by a large number of crew members.

“The deceased who certainly was a local character will be very sadly missed and our thoughts and prayers are with the family and friends. I pray that God will help at this time of great sadness.

“House fires have become all too pre eland and I personally will be working with the local fire authority to continue in their efforts to give advice and guidance around fire safety in the home.”

Sadly Geordie Tuft died in House fire a great contributor to Radio Ulster and friend of the late G.Anderson pic.twitter.com/ujbfrgpArB