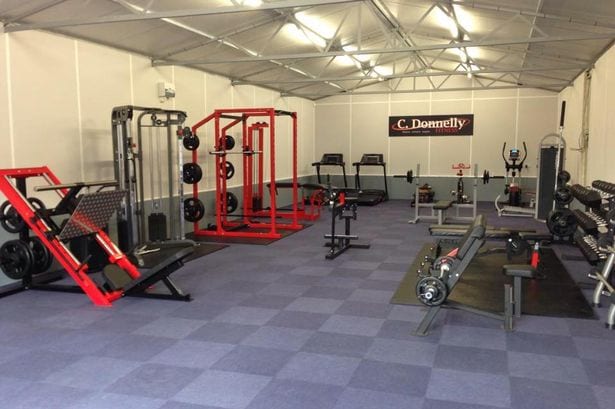 The owner of a gym destroyed in a suspected arson attack has condemned the incident as “an attack on the whole community.”

Gym owner Connell Donnelly wrote on Facebook: “It is with deep regret and sadness that I should announce that our newly open gym in Moy village was attacked and destroyed in what appears to be a sectarian arson attack last night.

“Thanks to everyone who helped last night and thanks for all your kind messages of support, unfortunately there are people who still do things like this, but all they have done is took a small community and made it even stronger.”

Sinn Féin’s Michele Gildernew hit out at those responsible: “This arson attack on the Tír na nÓG club on Benburb Road in Moy is shocking and must be condemned.

“Buildings at the club were extensively damaged in the fire on Sunday night.

“This is a club at the heart of the local community and I know that local people will be shocked at what has happened.

“Sadly this is not the first time the club has been targeted and I hope they will be able to rebuild as soon as possible.

“I would encourage anyone with any information on this incident to bring it forward to the PSNI.” Detectives are appealing for witnesses following the incident on the Benburb Road in Moy.

This is the second time the club has been targeted in this way, having been subject to arsonists last September.

Detective Inspector Will Tate is appealing for anyone who witnessed the incident or anyone with any information that can assist with the investigation to contact Detectives in Cookstown Police Station on 101. Information can also be passed anonymously via the independent charity Crimestoppers on 0800 555 111.