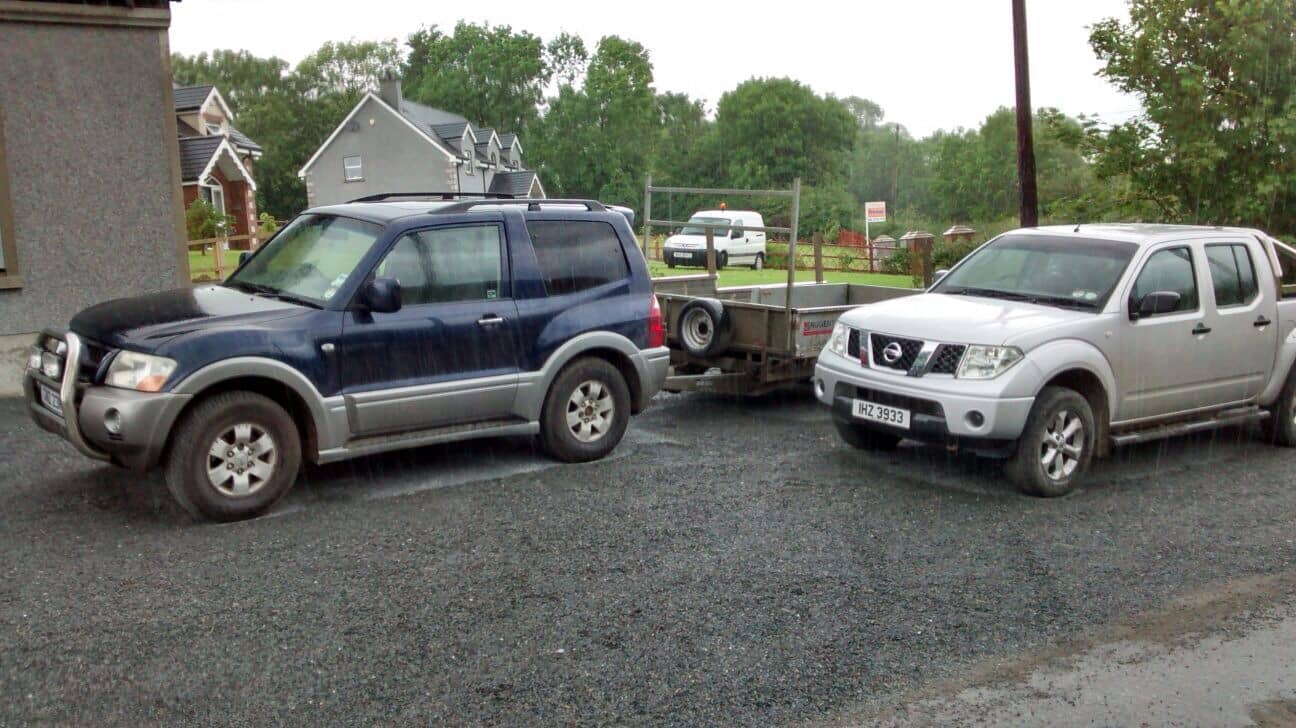 The public are being asked to be on the lookout for a Mitsubishi Shogun jeep which was stolen from outside a house in Middletown during the early hours of this morning (Friday).

The vehicle in the left of the photograph, which is navy in colour with the registration number GNZ 2316, was taken from the Hanslough Road area at around 2am.

Owner Noelle O’Hanlon reported the theft to police who were on the scene a short time later.

She told Armagh I: “It was a big shock. Nothing like this has ever happened to us before. Even living on a farm, we have never had anything stolen on us before.”

Police in Armagh today made an appeal for information following the theft.

A spokesperson said: “At approximately 2.20am it was reported that a Shogun had been stolen from outside  a property in the area.

“Police would ask anyone who may have noticed any suspicious activity in the area or who has any information to contact them at Armagh Police Station on the non-emergency number 101. Or, if someone would prefer to provide information without giving their details, they can contact the  independent charity Crimestoppers and speak to them anonymously on 0800 555 111.”