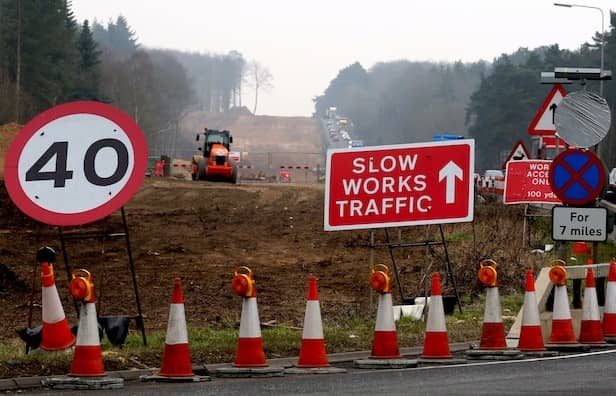 Transport Minister Danny Kennedy has commended roads staff and its contractors for the successful completion of road schemes in 2013/2014 which accounted for a £9.2million investment in the roads infrastructure in the Armagh area.

Speaking ahead of a meeting between DRD and Armagh City and District Council last night (Monday), Minister Danny Kennedy said: “My Department invested over £135million in structural maintenance, improving many miles of the road infrastructure across Northern Ireland in the last financial year.

“In particular in the Armagh city and district despite ever increasing demands on budgets, DRD invested over £9.2million maintenance works.

“DRD is using its available resources highly effectively and continues to deliver quality public services in Armagh City and District Council and across Northern Ireland.”

Previewing the work scheduled in the area over the next year, Danny Kennedy said: “Our proposed programme for this financial year will see road widening and footway improvements on the Annareagh Road, Richhill. Resurfacing schemes ongoing and planned include A3 Irish Street, Armagh; A3 Friary Road, Armagh and College Hill, Armagh. In addition, Road Service also carries out an annual programme of resurfacing works which is implemented on a scheme priority basis; subject to the availability of the necessary financial resources.”

Speaking at the meeting, James Kelly Network Development Manager, outlined some of the other significant areas of work completed by the Division, including a collision remedial scheme on the A3 Armagh to Monaghan Road at Drumacanver and Farnaloy. Roads Service delivered a total of 75kilometres of resurfacing in the Armagh City and District Council area at various locations including A28 Armagh Road, Charlemont; A3 Monaghan Road from Farnaloy to the Madden Road at Longnancy’s; Main Street, Killylea and Tower Hill, Armagh.

Two men caught in Armagh car park with £1,300 worth of cannabis