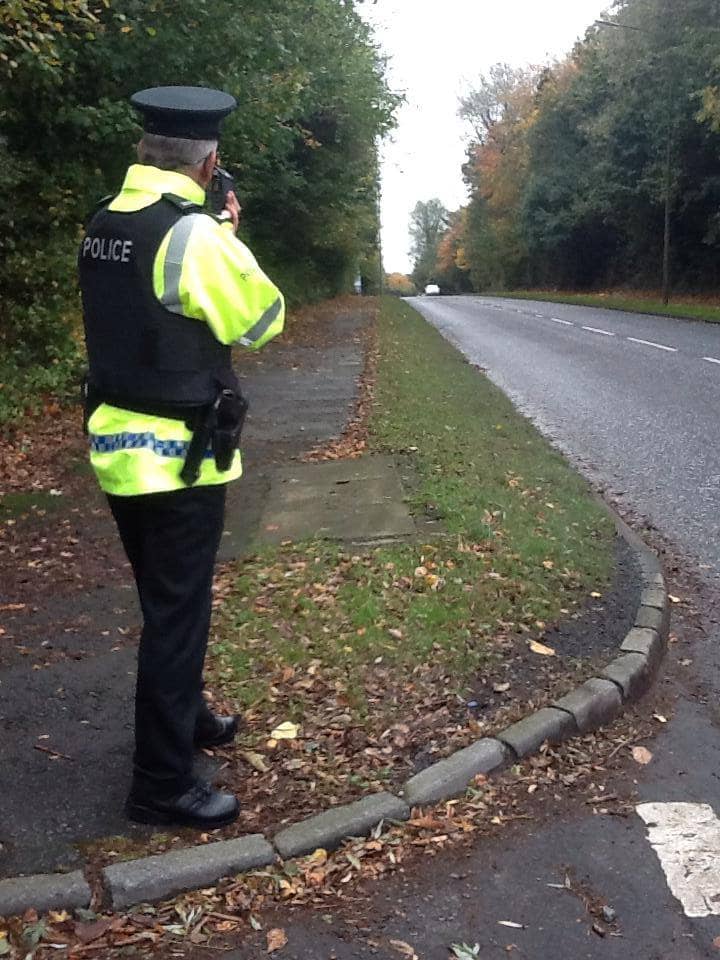 The operation, which began on September 29 and ended on Saturday, saw two dedicated road safety teams patrolling roads across Armagh, Banbridge, Craigavon and Newry and Mourne to “prevent and detect careless and dangerous driving and educate motorists about road safety”.

E District Operations Superintendent Davy Moore, said: “There have been 18 deaths on roads in E District so far this year, compared to six during the same period last year.

“When we looked at these figures and considered the loss and grief behind each one we knew it was vital to take proactive steps to promote road safety in our area.

“Two teams worked consistently over the four week period to provide a visible presence on our roads and conduct targeted patrols. The feedback from the community has been very positive, even from those who were stopped by the teams for offences like speeding and using a mobile phone.

“We wanted to hear from the people who use our roads day and daily and asked the public for their views on where we should patrol through our social media sites. We listened and visited the areas that you highlighted as being of concern.

“During the four weeks, 143 motorists received advice and warnings, 20 were dealt with by way of discretionary disposals, 301 motorists received fixed penalty notices, seven people were arrested and 22 files were forwarded to the PPS.

“While the vast majority of motorists we spoke to were happy to engage with us and took on board our road safety advice, it is clear from these figures that the message is still not getting through to a small minority of people who are driving on our roads.

“The worrying aspect of this is that those people are not only taking risks with their own lives but are also putting every other road user at risk.

“Road safety remains a priority for us and we will continue to enforce the law on our roads and promote road safety.

“I would like to thank communities across E District for their support and ask everyone who travels on our roads to put safety first – reduce your speed, wear your seatbelt, don’t use your mobile phone while driving and never, ever drink and drive.”