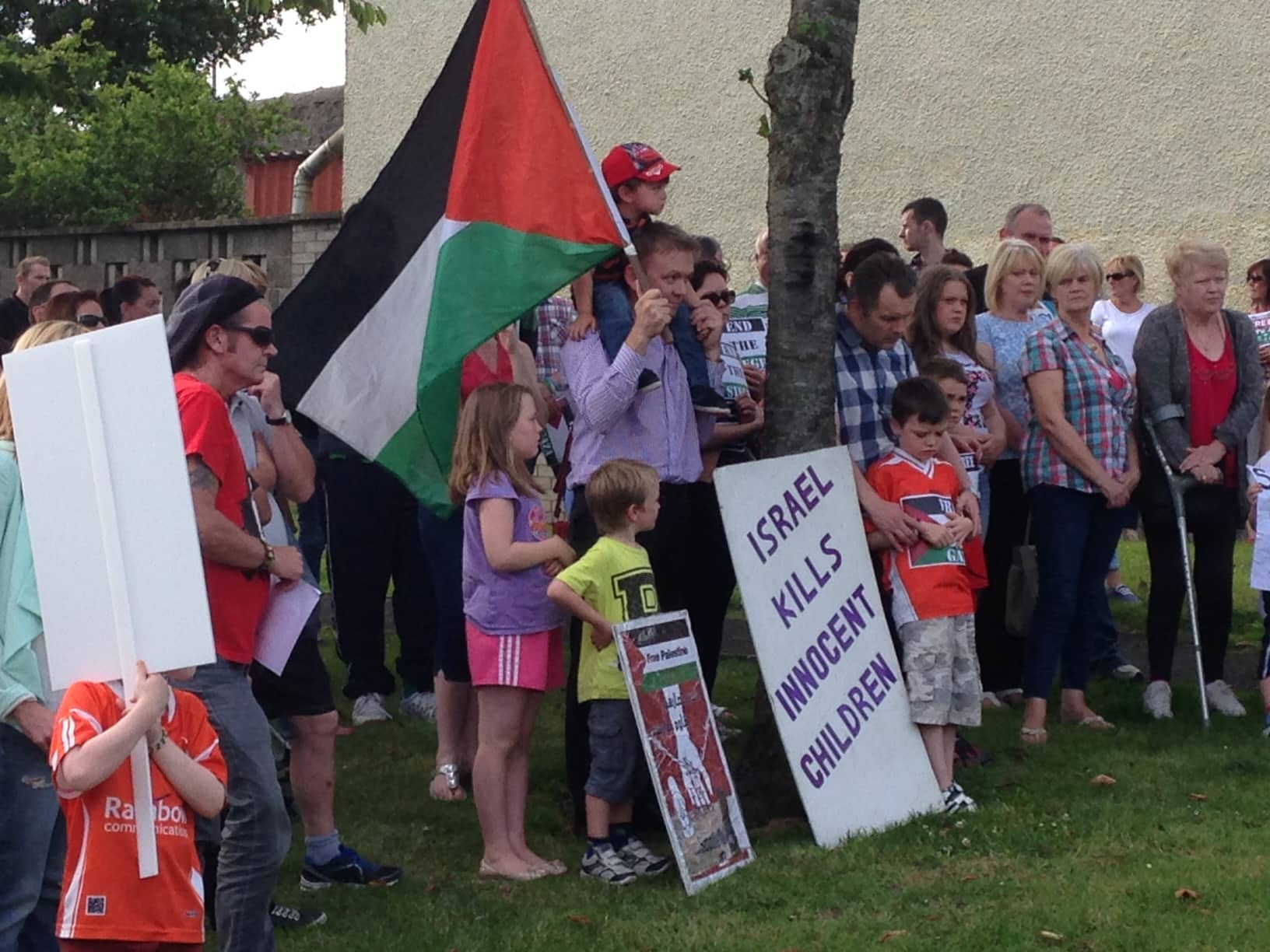 Over 200 people attended a “solidarity vigil with the people of Gaza” which took place on Thursday, July 17, at Irish Street in the city.

Organisers said the Armagh vigil was held “following the announcement that a ground offensive on Gaza by the Israeli Military was beginning and feeling among the people of Armagh was running very high against the brutality and indiscriminate attacks on innocent civilians”.

Speaking from Irish Street Councillor Keating said: “We have all observed from our television screens, from our social media sites and from the press the bloody and barbaric violence that is currently being visited upon the people of Palestine in the Gaza Strip.

“The current images of such death and destruction are simply the latest manifestation of a most cruel and violent occupation and oppression which has now persisted for two generations in Palestine since the illegal formation of the Israeli state on the lands of Palestine in 1948.

“The weight of the oppression and blockade trade, infrastructure, education and society has ruined the Palestinian economy and denied Palestinians the right to enjoy what’s left of their lands. Israelis control everything that passes into and out of Gaza including food and medical supplies and have exerted a most stifling regime in that respect.”

Mayor of Armagh City and District Cathy Rafferty called for those present to observe a minute’s silence, saying: “I cannot under-state the importance of small gatherings such as this here this evening. Such acts of solidarity, replicated many times, send a clear message and draws public attention to the plight of the Palestinian people.”