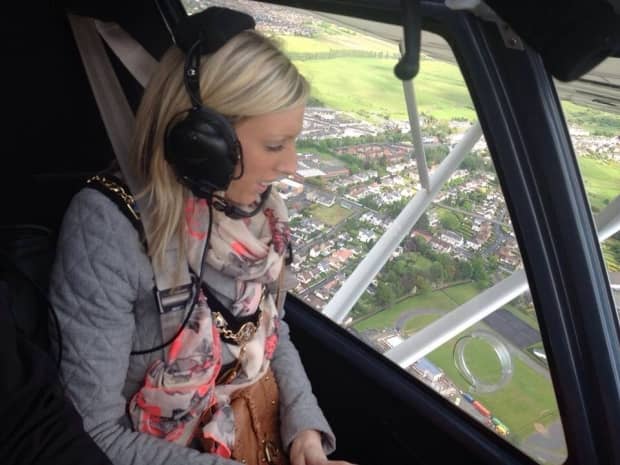 OUTGOING Mayor of Craigavon, Councillor Carla Lockhart, ended a memorable year on a high note as she took to the skies of the borough to celebrate.

Cllr Lockhart’s official duties end tomorrow and her successor will be decided in a meeting of Craigavon Council tomorrow night, with DUP Cllr Darryn Causby the reported favourite to take the post.

And the outgoing First Citizen, who became the youngest Mayor in Craigavon’s history when she entered office at 27 last year, expressed her appreciation for the opportunities she received.

“It’s been an honour to serve as Mayor of Craigavon.  I’ve met so many wonderful people who are stalwarts in their community,” said Tyrone-born Cllr Lockhart.

“It’s been a busy year with having officiated at almost 800 events for the Council.  My priority when I came into office was to be a Mayor for the whole community and showcase the economic potential of this Borough.”