Event will raise money for Make A Wish Foundation 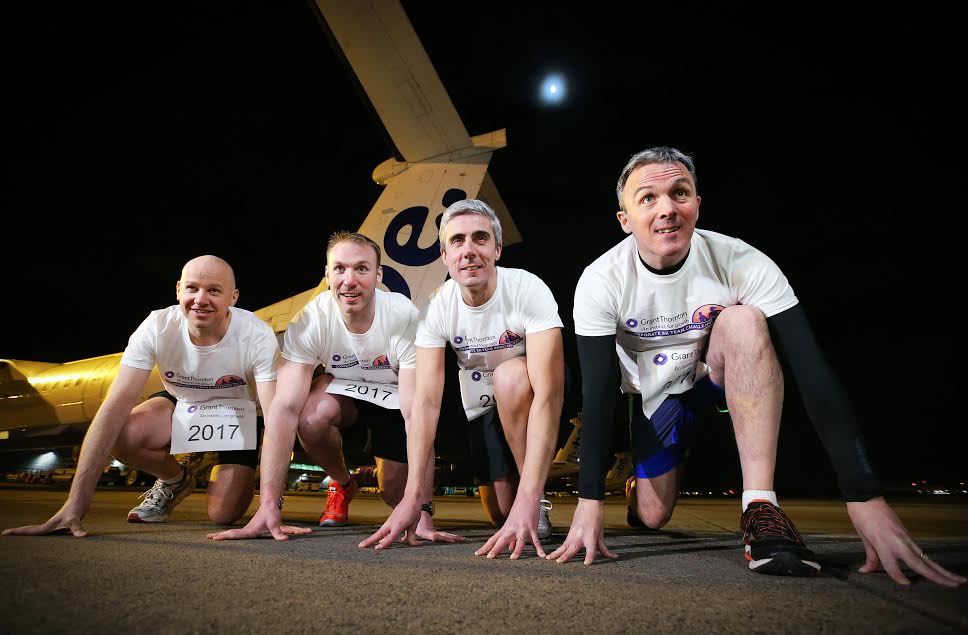 Businesses in the Armagh area are being urged to enter the hugely-popular Grant Thornton Runway Run as it returns for a third year, with a record number of entries from the local business community expected for the 2017 event.

Rugby legend Stephen Ferris has partnered with the business advisory firm to launch this year’s event, which will see over 500 runners across all business sectors take to the runway at George Best Belfast City Airport for a 5k team race at 11pm on Thursday, 22nd June.

Grant Thornton has selected the Make A Wish Foundation as its charity partner for the 2017 Runway Run, which will this year be part of a series of 5k charity runs hosted by the firm across Ireland.

Richard Gillan, Managing Partner of Grant Thornton in Northern Ireland, said: “This is year three of our unique event that has really captured the imagination of businesses across every sector and from every part of Northern Ireland; from legal, financial and recruitment firms, to aviation and manufacturing companies.

“It’s not often people get an opportunity to join colleagues in running 5k on the runway at Belfast City Airport, and it’s clear from the response we’ve had to our first two years that it’s an experience more and more companies want to enjoy. Unfortunately spaces are limited so I would encourage those who wish to participate to sign up as soon as possible.

“Over 1,000 runners have taken part in the event so far and we are expecting a record number of entries this year. There’s always healthy competition on the night, particularly between rival firms, and that helps create what is always a fantastic atmosphere.

“There will be a few new features this year, and we are delighted to be joined on the night by rugby legend Stephen Ferris, who will start the race and encourage runners.”

The race, which is supported by Athletics NI and Athletics Ireland, is open to all businesses and organisations in Northern Ireland who are invited to enter a team of four in one or more of three categories – male, female and mixed.

Prizes will be awarded in each category with team members’ finishing times combined to determine the winner. Last year’s winners were Danske Bank in the mixed category, Hireco in the female category and John McKee Solicitors in the male category.

Richard continued: “We’ve supported the Mary Peters Trust and Belfast City Airport’s own Community Fund in previous years, and this year we are delighted to partner with the Make A Wish Foundation.

“Corporate Responsibility is a high priority at Grant Thornton, not just in Northern Ireland but across the 130 countries we operate in globally, and we felt it was important to once again use the Runway Run to help support the work of a great charity.”

Launching the 2017 Runway Run, Stephen Ferris added: “I’ve trained in many different places around the world, but I’ve never had the opportunity to do a 5k run on an airport runway before.

“Grant Thornton has a reputation for doings things a bit differently and the Runway Run is certainly an example of that.

“I’m delighted to be the ambassador for the 2017 event and can’t wait to experience the atmosphere of being amongst hundreds of runners on the night.”

To register for the 2017 Grant Thornton Runway Run and to view full terms and conditions, please visit www.grantthorntoncorporatechallenge.ie

Those interested are advised to register early to avoid disappointment as the number of participants is limited.

David Seaton MBE, Chairman of Athletics NI, said: “As an association, one of Athletics NI’s primary objectives is to promote health and fitness across the population of Northern Ireland.

“This event enables us to reach beyond our core membership into the business community. It encourages businesses to focus on a fitness programme that targets a 5k run which is good for both experienced and novice runners, with the added uniqueness of running on a runway as encouragement.”