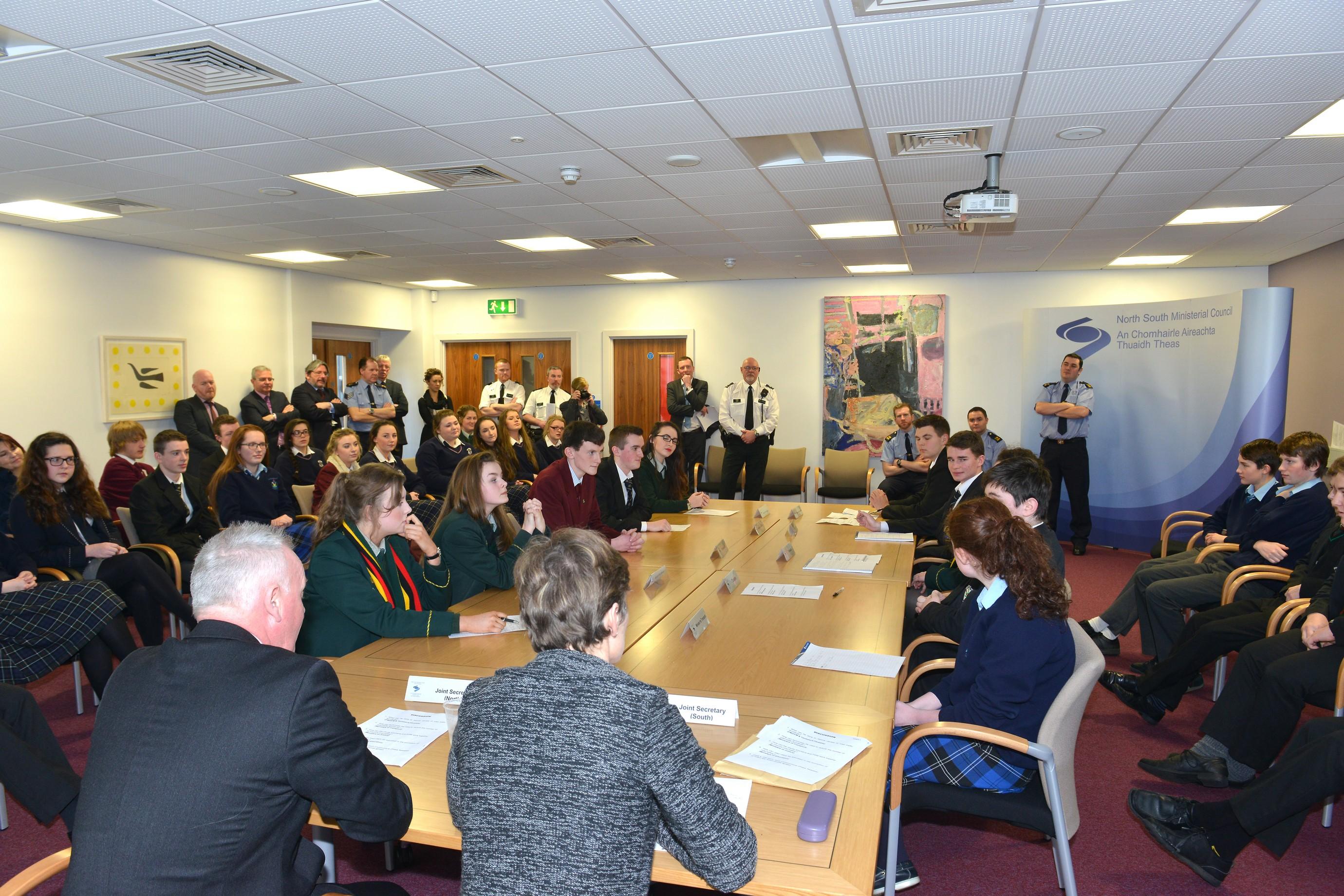 Armagh City Neighbourhood Policing Team recently joined with their colleagues from An Garda Siochana and the Joint Secretariat from the North South Ministerial Council to raise awareness of road safety and the role everyone has to play in making our roads safe.

The local democracy event was aimed at reducing the number of people killed or seriously injured on our roads, North and South of the border, and  saw pupils from Northern Ireland and the Republic of Ireland come together at the North South Ministerial Council building in Armagh.

Constable Rob Doyle explained: “Forty-five pupils from five schools in Northern Ireland and three schools in the Republic of Ireland were provided with a tour of the North South Ministerial Council building and received a number of presentations concerning the work of both governments, North and South of the border.

“We then joined with our colleagues from An Garda Siochana to deliver a tailored presentation on road safety, specifically designed to provoke reflection among the students, many of whom are already learning to drive. The students then engaged in open discussion on road safety on an ‘all island’ basis and reported their findings, role playing as NSMC Ministers in a mock plenary format.

Constable Doyle continued: “In 2014 we witnessed a total of 275 people lose their lives on our roads across the whole island of Ireland, an increase in numbers North and South of the border. This event is a small step in promoting safer roads by prompting young people to consider their safety in whatever manner they are using our roads.

“This is the second year we have been part of this event and again it was a huge success. Not only did it provide an excellent opportunity for students to learn more about the work of both governments but has provided a fantastic platform to deliver a number of important messages in relation to road safety.

“From a policing perspective it was fantastic to have our colleagues from An Garda Siochána on board in helping to tackle what is a priority for both Police Services. Their input was beyond valuable and we hope to build on this partnership in the future.” North South Plenary Road safety event: Pupils from schools both North and South of the border gather in a plenary session to discuss their findings on road safety.