No decision on North-West links corridor during Mullinure Masterplan work 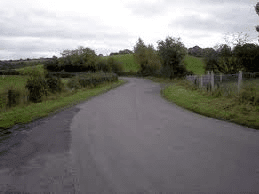 No decision can be expected in relation to the preferred corridor for Armagh’s planned North and West Link Road for the foreseeable future.

Armagh City and District Council has employed Deloitte to prepare a Masterplan for the future development of the Mullinure area (pictured), and Roads Service officials have indicated it would “not be appropriate” as that work proceeds.

One section of the combined North and West Link Roads – which still carries a current cost estimate of between £55 million and £75 million – will take traffic from the Portadown Road and across to the Loughgall Road and might be expected to pass through Mullinure.

Local Divisional Roads Manager Simon Richardson, presenting his works progress report to Armagh Council, has said that consideration of options for a preferred line and junction strategy based on the ‘out of town’ corridor was continuing.

This has included discussions with Deloitte.

But, writing in his report to council, Mr Richardson states: “It would not be appropriate to make a decision on the preferred route, pending development of the Masterplan.”

Meanwhile, in September, Roads Minister Danny Kennedy announced a review of the preferred corridor for the Armagh East Link proposal, which would cost between £12 million and £20 million.

This corridor was displayed at a public information event back in June, when the DRD received “extensive feedback”.

According to Mr Richardson, these representations will be considered, along with the normal scheme development assessments, as part of this review, which will include consideration of the preferred corridor emerging further out the Markethill Road – at the Edenaveys Industrial Estate area.

The Roads Manager’s report states: “This work will also include updating key project information such as traffic volumes and environmental surveys.”

The money for this review had, as Armagh I, been previously committed, although there have been concerns over whether budgetary cuts will permit the actual implementation of the link roads to press ahead to construction stage.

Mr Richardson confirms: “Delivery of each of these schemes remains subject to clearing the statutory procedures, having satisfactory economic appraisals and the availability of funding in future budget settlements.”