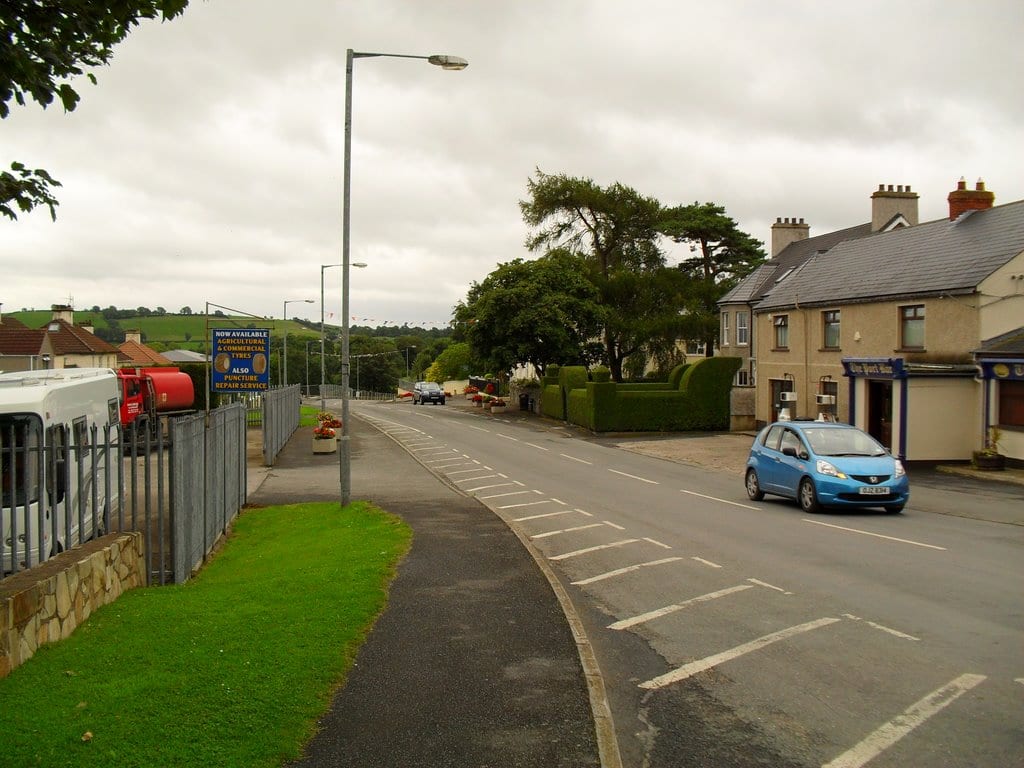 Residents of Mountnorris have added their voices of concern over young people gathering in the village.

With the PSNI working to disperse people and enforce social distancing and disband gatherings of more than two, people in Mountnorris are at their wits’ end.

And what is making matter worse is that those in Mountnorris say people are travelling from outside the area to congregate.

One resident – who did not wish to be named – contacted Armagh I after large numbers were present again this weekend.

He said:”It’s a disgrace. There are gatherings of dozens and dozens of cars full of youths at Mountnorris Main Street every Friday and Saturday evening.

“So much for police keeping the community safe at these worrying times.

“And chip vans should not be out in residential areas – it needs to be stopped now.

“Most of these people don’t even live in the village.”

The complaints at Mountnorris came as a south Armagh councillors employed a novel way to get the message of social distancing across in Newtownhamilton.

Sinn Fein’s Barra Ó Muirí had to contact police on three occasions in one the last being to intervene as a house party was taken place.

To try and drive home the importance he drove through the town with a loud speaker in order to be heard.

The councillor did so after revealing there is “deep frustration within the Newtownhamilton community with groups of Bulgarian nationals who are refusing to adhere to the current coronavirus guidelines”.

He said: “This has been a frustrating week which has seen the PSNI called up to a dozen times for breaches of social-distancing protocol.

“I began the week by hand-delivering a personal letter to each house with a Bulgarian resident.

“The letter had been translated by the Bulgarian Embassy and it was hoped that explaining the rules and social norms might discourage the sizeable Bulgarian Community from standing together on the main streets of the South Armagh village.

“On Friday evening, I took the unprecedented step of using a loud hailer attached to the roof of my car to play a two-minute recording from the Bulgarian Embassy warning residents to stay indoors or face on-the-spot fines.

“This recording was played outside properties in the centre of Newtown.

“I wanted everyone to hear the message, that there could be no ambiguity.

“If fines are issued now to groups of people standing about outside their house, there can be no complaints

“Each and every one of us have been urged to play a part in stopping the spread of the coronavirus and therefore saving lives.

“The community of Newtownhamilton have many frontline workers and we must protect them and each other.

“If we all work together by staying indoors we can beat this together.”