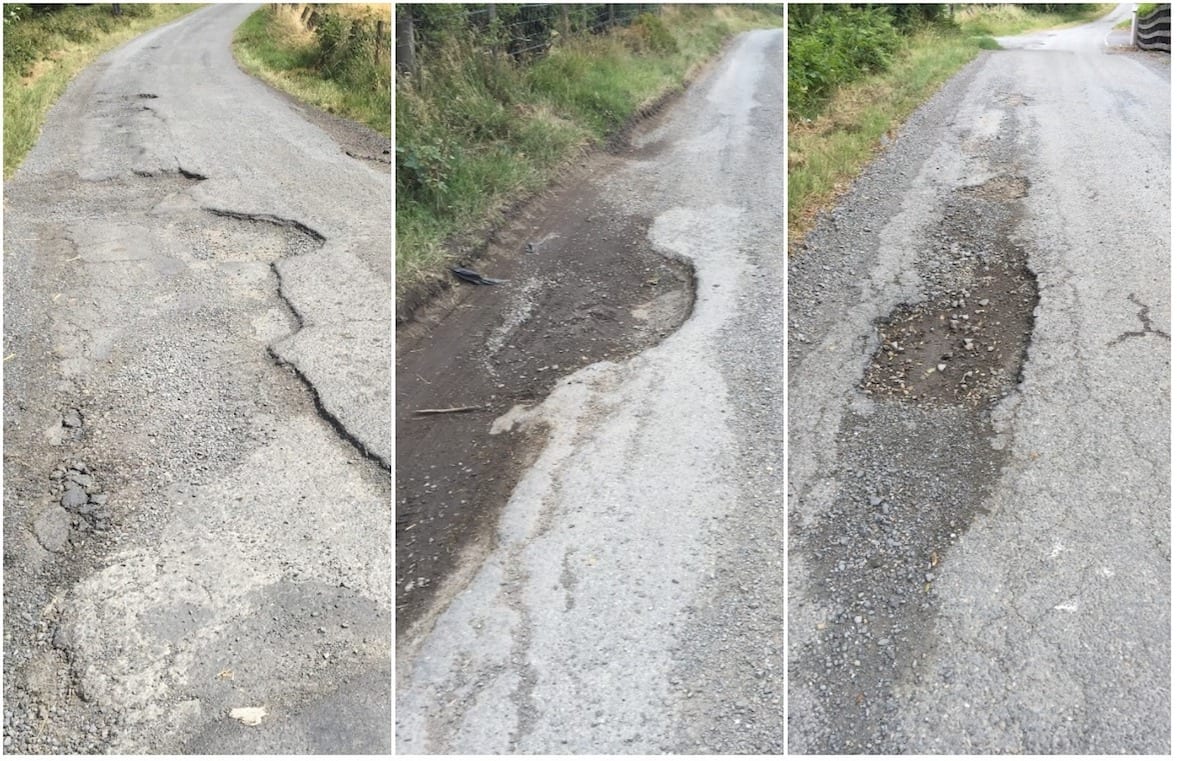 A resident has raised concerns over the state of the roads in a south Armagh village.

SDLP councillor Pete Byrne has also expressed his anger at the poor state of the “neglected” roads around Newtownhamilton.

He says parts of the Carrickacullion Road are some of the worst he has ever seen.

“After we were contacted by a concerned resident about the state of some roads around Newtownhamilton, I visited the area to see for myself the deterioration that has occurred over recent months,” said councillor Byrne.

“The Carrickacullion Road is one of the worst with parts of the road crumbling and falling into structural disrepair.

“Many of our rural areas, already neglected down the years, are now suffering even worse as a consequence of recent under-investment in overall maintenance.”

“All of these have numerous and some quite serious defects.

“I have urged the Department to ensure that these roads in particular are prioritised with ongoing works and have asked to be advised of what actions are planned.

“Our rural network is an important lifeline for local communities and is essential for the success of our rural economy.

“I welcome the recent commitment to resurfacing works on Dundalk Street in Newtownhamiton and I look forward to seeing this scheduled in the near future.

“I will continue to lobby on behalf of our constituents to ensure that the rural roads network is maintained to the highest possible standard.”

Sinn Féin MLA Megan Fearon welcomed resurfacing works on the A25 Dundalk Street in Newtownhamilton as well as the B30 Silverbridge Road at Aghanduff.

“Myself and my colleague local councillor Barra Ó Muirí have raised concerns on behalf of local residents, pedestrians and motorists about these specific stretches of roads in that locality,” said Ms Fearon.

The Divisional Roads Service have confirmed that resurfacing works will take place and we are awaiting the programme of works to be announced which will give us time scheduling and dates details.

Slieve Gullion area councillor Barra Ó Muirí added: “People have lobbied long and loud for this work to be carried out along these stretches of road. Hopefully when work starts inconvenience will be kept to a minimum.”