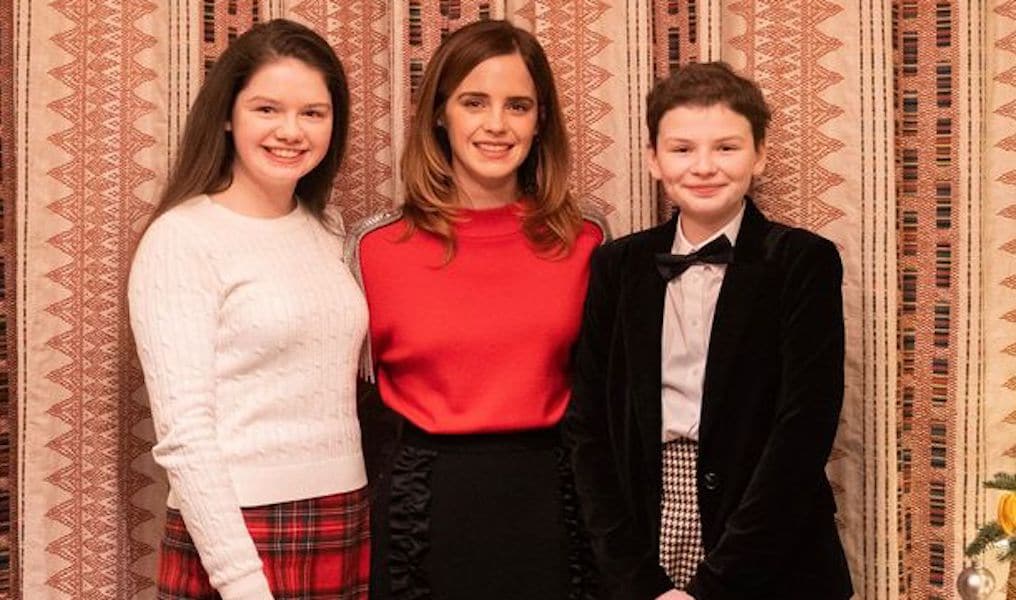 A Newry teenager who has volunteered for Make-A-Wish since 2020, is urging others to volunteer for the charity in order to help grant wishes for critically ill children.

In 2019, Make-A-Wish granted Ren Fitzgerald’s wish to meet Emma Watson after the teenager endured over a year of aggressive treatment for neuroblastoma.

Ren was diagnosed with Stage IV High Risk Neuroblastoma in July 2018, aged just 13. A few days after the initial diagnosis, the family were told that the cancer had spread to Ren’s bones and bone marrow.

“They told us the five year survival rate was 40%,” recalled Ren’s mother, Mary-Clare. “It was a complete shock.”

In the middle of this Ren was visited by Shane Coleman, from County Tyrone, who was volunteering for Make-A-Wish as a ‘Wish Maker’.

“I’ve been a Make-A-Wish volunteer since 2007,” said Shane. “I’ve visited over 150 children like Ren who are living with critical conditions to find out their wish. I’m committed to making the children’s dreams become a reality and will go ‘above and beyond’ to ensure that no child goes without their wish.”

Ren’s wish was to meet Emma Watson, motivated by a love of Harry Potter and by the actress’ activist work concerning climate change and feminism. Ren said: “I didn’t really believe it would happen, but then it did!”

A few months after finishing treatment, Ren travelled with their sister and parents to London in December 2019 courtesy of Make-A-Wish to meet Emma for afternoon tea at the Haymarket Hotel.

“She was really kind,” remembers Ren. “I had a whole book of questions and she answered them all! She even recorded a message for my friends. It was so exciting to meet and talk to one of my idols in person.”

A few months later, Shane Coleman got back in touch with the family to ask if Ren would like to join him as a Make-A-Wish volunteer. Ren was invited to represent Northern Ireland as part of Make-A-Wish’s ‘STARBoard’ – the charity’s Children and Young People’s Board which was established in May 2020 to help Make-A-Wish be ‘truly child-led’ in its decision making.

Emma Vizor, Volunteer Engagement Lead at Make-A-Wish, said: “Our vision is a world in which every critically child has their wish come true, and volunteers like Shane and Ren are vital in bringing that vision to life. But, with over 60,000 UK children currently eligible for a wish, we urgently need more volunteers to help grant wishes for children like Ren who have been through so much.”

This Volunteers Week Make-A-Wish is appealing for volunteers throughout Northern Ireland to fill roles which it says are instrumental in making wishes come true.

“Being on STARBoard has shown me how much work goes into making amazing wishes come true, and how important volunteers are,” said Ren. “Even when I was really poorly, Shane made the thought of having my wish come true so exciting. You can just tell that he really cares.”

Ms Vizor added: “Donating your time has just as powerful an impact on achieving our vision as donations and fundraising. By visiting www.make-a-wish.org.uk/volunteer and joining our community, you can directly make a critically ill child like Ren’s wish come true.”

Now aged 16, Ren continues to be scanned every three months and receives occasional blood treatments but is now able to look forward to the future.