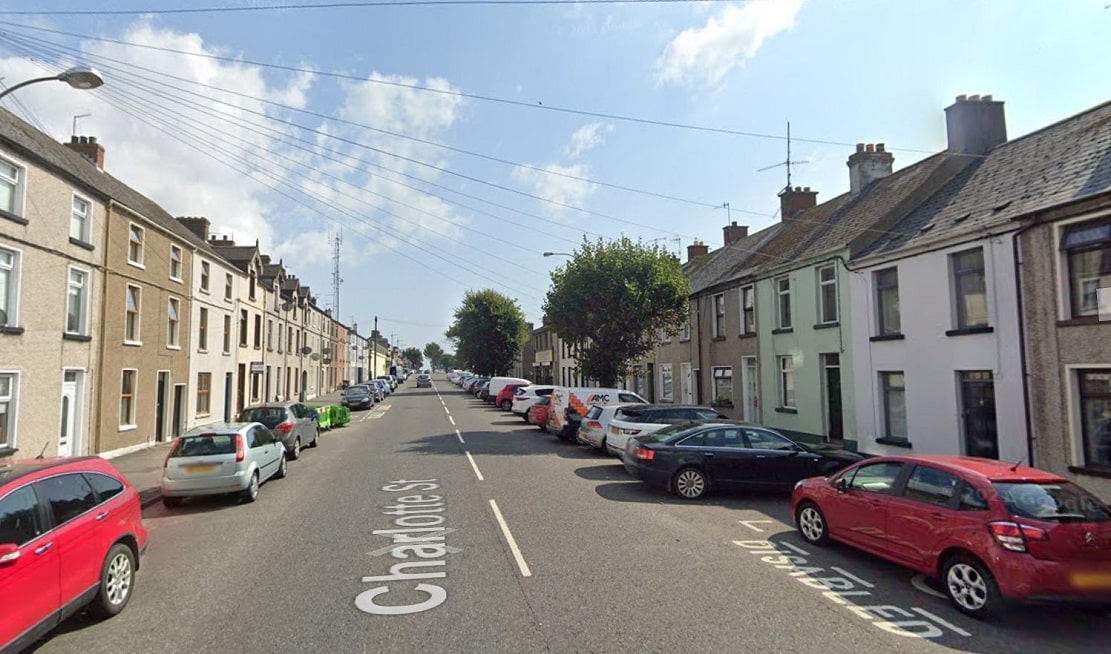 A man involved in an attempted robbery with a Stanley knife in an alleyway in Warrenpoint fled after he was recognised, a court has heard.

Jimmy Connors, (21), of Ganna Way, appeared before Newry Crown Court on Thursday, via video-link from Hydebank, for sentencing.

The Warrenpoint man was charged with attempted robbery and assault on police, offences to which he had pleaded guilty.

The court heard that on September 21 of last year, police received a call to an attempted robbery, which occurred in the area of Charlotte Street in Warrenpoint.

A man and a woman had been walking home when two males, who had scarves covering their mouths and noses, approached them in an alleyway. One of the males came towards the victims, held out a Stanley knife and demanded that they hand over everything they had.

The defendant was located at his address in Warrenpoint and police entered and arrested him. Whilst he was being taken to the police station, he headbutted a female officer. The attempted robbery had also occurred during the hours of a curfew to which the defendant was subject.

At interview, he declined to answer any of the questions put to him.

His Honour Judge Kerr KC said that although there were no victim impact statements, “the court is entitled to infer that they would have caused fear to both the victims in relation to being approached by someone wielding a Stanley knife”.

Judge Kerr said: “The salient features in this case are that this was an attempted robbery and not a full robbery, which reduces the sentence.

“Although there was a weapon used, it is accepted by the prosecution that the evidence does not suggest or prove to the requisite standard that this defendant knew in advance of the weapon, although he took part in a robbery in which a weapon was used.

“He has, however, an appalling record, including offences both of dishonesty and of violence, and in addition to that, he was in breach of a curfew at the time he committed the offence.”

Judge Kerr also took into consideration the fact that the defendant had recently served time in prison and determined that some discount should be given.

“The classic signs are there of a reduced discount for a plea,” Judge Kerr said. “That is that he refused to speak to the police and it was also the case where the evidence against him was extremely strong because the witnesses knew who he was, so there was no real issues as to his guilt.

“However, I have had regard to the letter that he sent me and his current attitude, which I hope he will still feel by the time he comes to be released from prison.”

Taking these factors into account, Judge Kerr imposed a sentence of 20 months for the attempted robbery charge.

However, Judge Kerr added that the sentence for the assault on police would be consecutive to sentencing for the main charge, especially due to the fact that the defendant has six previous convictions for assaults on police.

The sentence is to be served half in custody and half on licence.