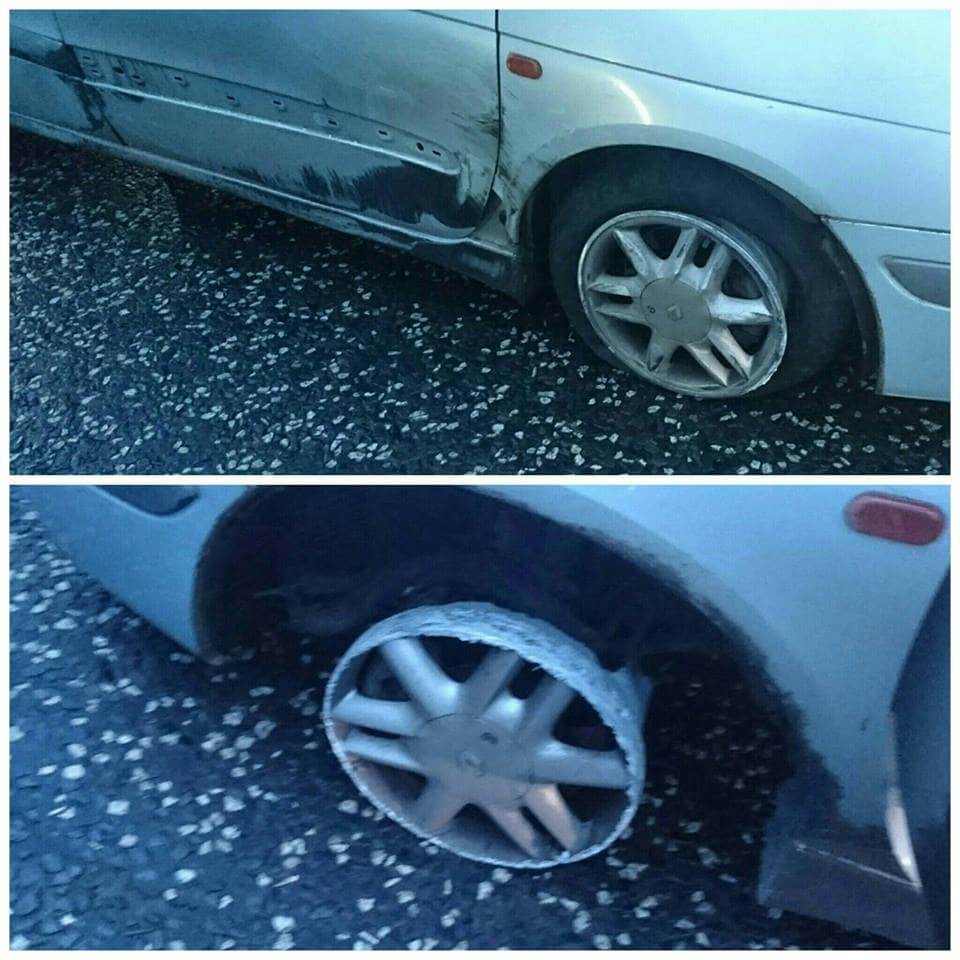 A 35-year-old man has been arrested after a high speed car chase which began in Belfast and ended in Newry with a car minus two tyres!

Police crews from Belfast, Lisburn, Craigavon, Newtownhamilton and Newry were among those involved in this afternoon’s operation.

A police helicopter and three police dogs were also tasked during the high-speed drama.

Police said the high police involvement meant the risk to the public was kept to a minimum, although the suspect had displayed a blatant disregard for public safety.

The man has been arrested for a catalogue of offences.

A trailer had been attached to the car when the chase began.

Sergeant Vance explained: “A silver coloured Renault Scenic car towing a blue trailer failed to stop for the Auto Crime Team on the Falls Road in Belfast shortly after 4pm, when signalled to do so.

“The Scenic reversed into a police car causing damage and injury to two police officers.

“The car was then driven out of Belfast towards Nutts Corner then across country, heading south via Moira and Banbridge, followed by pursuit trained drivers and the police helicopter, before being stopped near Newry.

“The man has been arrested on suspicion of burglary, driving whilst disqualified, dangerous driving, no insurance, criminal damage and failing to stop, report and remain at a road traffic collision and is currently in custody assisting with police enquiries.”

Sergeant Vance continued: “ At this stage we believe that the Scenic may have been in contact with other vehicles whilst evading police and I would ask anyone affected or anyone with any information which could assist us with our enquiries to contact officers in Newry on 101 quoting reference 802 01/02/17.”