Two men jailed after victim is stabbed, beaten and thrown from second floor balcony in Newry 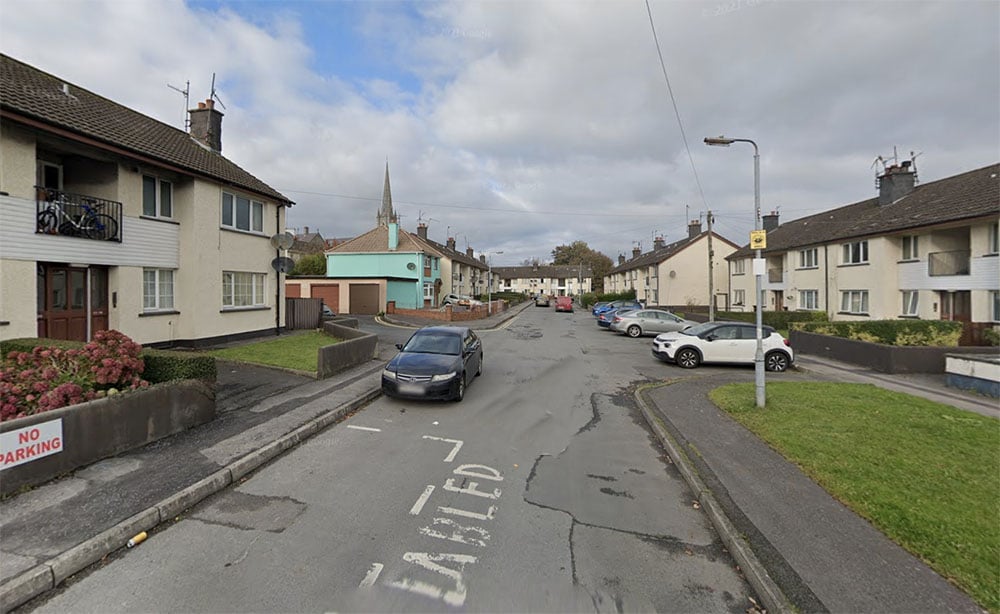 Two men who admitted their involved in a “vicious” attack in Newry city centre where their victim was stabbed and beaten with weapons before being thrown from a second floor balcony onto concrete were handed sentences totalling nine years today (Thursday).

At an earlier hearing Hutchinson, from Clancullen Park in Dundalk and McMahon, with an address c/o Maghaberry prison, both pleaded guilty to causing grievous bodily harm to Adam Boswell with intent and two counts of common assault while McMahon also admitted to resisting police in May 2019.

There had been a third teenager, who cannot be named due to his age, accused alongside them but he failed to attend court and there is an existing bench warrant for his arrest.

Summarising the case today, Judge Kerr said the defendants, Boswell, his brother and another man had been drinking together in the victim’s apartment in Cleary Crescent, Newry when “words were exchanged” before he was “subjected to a serious and sustained assault.”

According to the victim, “he felt a number of blows to the back of the head,” possibly with a hammer, and doesn’t remember anything else until he woke up in the Royal Victoria Hospital.

Police were alerted by “a number of concerned neighbours” and when officers arrived at the scene, they found Mr Boswell lying on the concrete below the blood stained balcony of his second floor flat.

The judge said that police enquiries, forensic examinations and witness statements established that Mr Boswell had been stabbed with a knife and beaten with a wheel brace and brush shaft before being launched from the balcony, leaving him with injuries including a punctured lung, fractures to ribs and vertebrae, a ruptured spleen and multiple lacerations and bruises.

McMahon, the court heard, was also injured and Mr Boswell is facing prosecution over allegations that he struck him about the head with a saw.

Judge Kerr said he was satisfied that Hutchinson and McMahon had played “secondary roles” in the attack, adding that in an agreed basis of plea, “it’s accepted by the prosecution that there are inconsistencies in the evidence….and that it cannot be proved” who had thrown Mr Boswell from the balcony.

“The prosecution is presented on the basis of a joint enterprise and the defendants pleaded guilty in acceptance of that proposition,” said the judge who ordered the defendants to spend half their sentences in custody and half on licence.

You can join our South Armagh and Newry News Facebook group here.