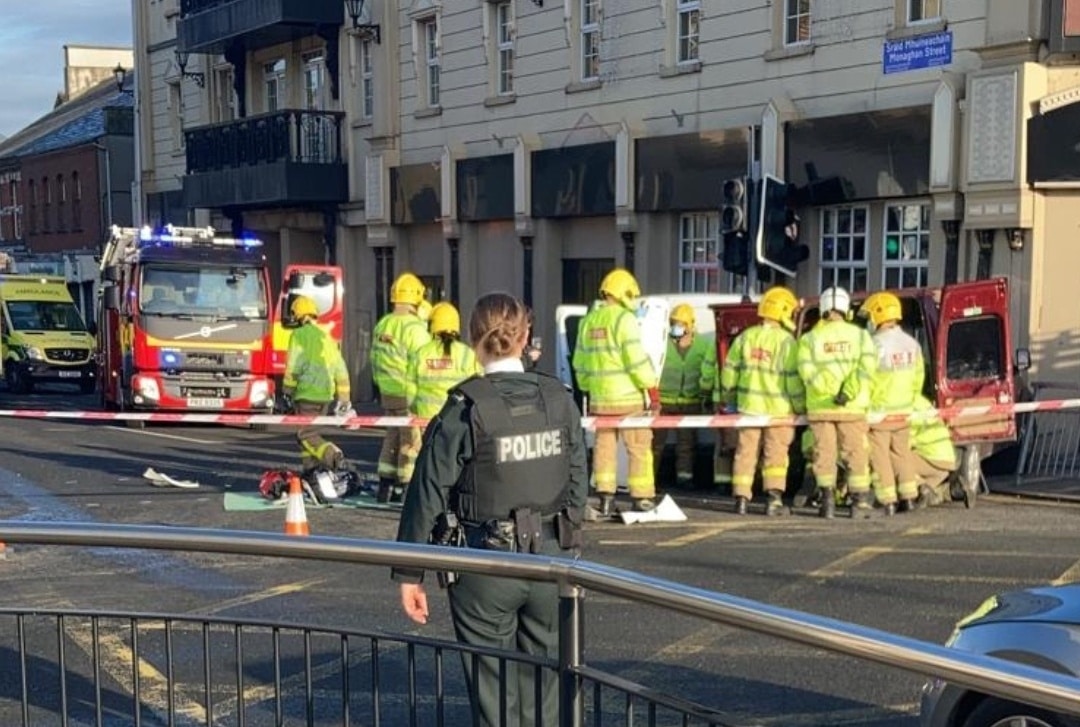 Three people have been taken to hospital following a serious two vehicle collision in Newry this morning (Friday).

The collision, involving two vans, happened on Monaghan Street shortly before 8am.

Three fire crews – two from Newry and one from Warrenpoint were tasked to the scene at 7.50am.

“The casualties were transferred to the care of the Northern Ireland Ambulance Service and were then taken to hospital. The incident was dealt with by 8.50am.”

Police had closed the road off and motorists diverted away from the scene.

A police spokesperson added: “Police are currently in attendance of a two vehicle road traffic collision in the Monaghan Street area of Newry this morning.

“Minor injuries have been reported.

“Motorists are advised that there could be some disruption to traffic in the area due to faulty traffic lights.”