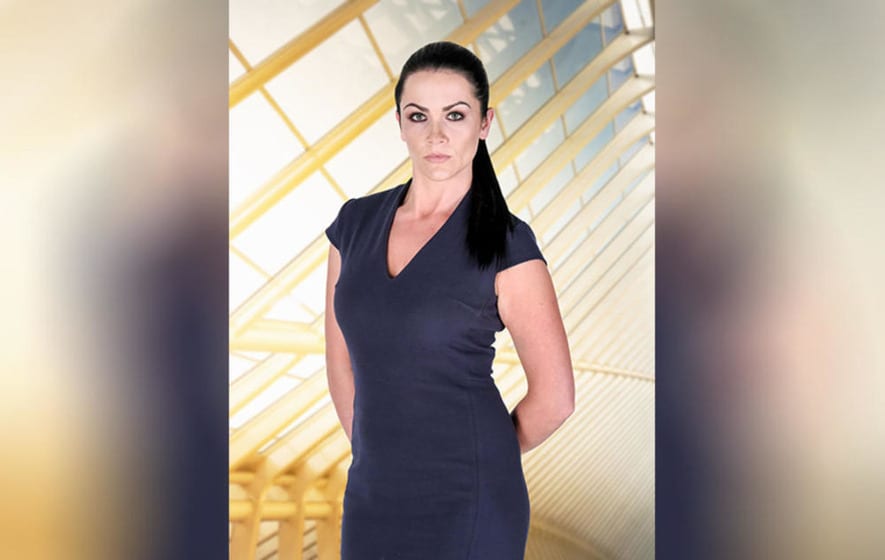 A Newry woman is among 18 candidates hoping to become Lord Alan Sugar’s business partner in the new series of The Apprentice.

Grainne McCoy, 31, will be fighting it out with 17 others to secure a £250,000 investment when the twelfth series kicks off on Thursday, October 6.

With her make-up business, Grainne works throughout the country on projects from film sets to fashion shows.

She says her hunger and passion push her to succeed and she puts maximum effort into everything she does.

“I need guidance and a little bit of mentoring to help me make that first million,” she said.

Airing on Thursdays for the first time, the series will follow Lord Sugar’s potential business partners as they set out to prove their business skills are ready for any challenge in the fight to the final boardroom. The nine men and nine women come from a range of careers and backgrounds, from bakeries and business consultancy to property and IT, each with different experience to draw from during the tasks.

Lord Sugar commented: “I need to see who’s got a good business brain, that’s all I’m interested in. The winner gets a £250,000 investment and it will change someone’s life forever.

“You are going to learn more about yourself throughout the course of this process, I promise you that. Sometimes, some people can’t stand the heat, and they complain and they moan. If you want to moan you can send me an email at lordsugar@idontcare.com.”

Lord Sugar wants the new candidates to be under no illusion how competitive the process will be: “You see 18 people here, and we’re here for 12 weeks – that tells you there are going to be occasions where more than one person is going (to be fired). And I don’t care how many it can be. I really don’t care. I’m very flexible and it is a very, very competitive situation. You can compare this to being on a life support machine and one of your colleagues here pulling the plug out just to charge their mobile phone up. That’s how competitive it will get.’’

Once again aiding Lord Sugar in his quest are Karren Brady, who has been Lord Sugar’s advisor on the show since 2009, and Claude Littner, who returns for his second series to offer his observation and advice on the teams’ performances.

Lord Sugar kicks the series off with a task designed to test the candidates’ skills in negotiation and selling.

The teams arrive at a lock-up containing antiques and collectables including furniture, vintage clothing, toys, ceramics, silver and glassware.

They must spot the treasure from the trash, before they sell their chosen items to the public and trade.

The aim is simple – make as much money as possible to avoid being in the firing line on the losing team in the boardroom.

Other tasks over the coming weeks include creating an advertising campaign for jeans, manufacturing a range of sweets, hosting ‘late night opening’ events at well-known attractions, designing virtual reality games and producing and creating their own brand of gin.

After each task, the losing team will face Lord Sugar in the boardroom and under the spotlight of his interrogation, candidates must fight to keep their place in the process and avoid hearing the dreaded words “You’re fired!”

You can keep up to date on Facebook and Twitter (#theapprentice). The Apprentice Snapchat channel (@theapprenticeuk) is launching this year, bringing highlights and extra content to an even broader audience.