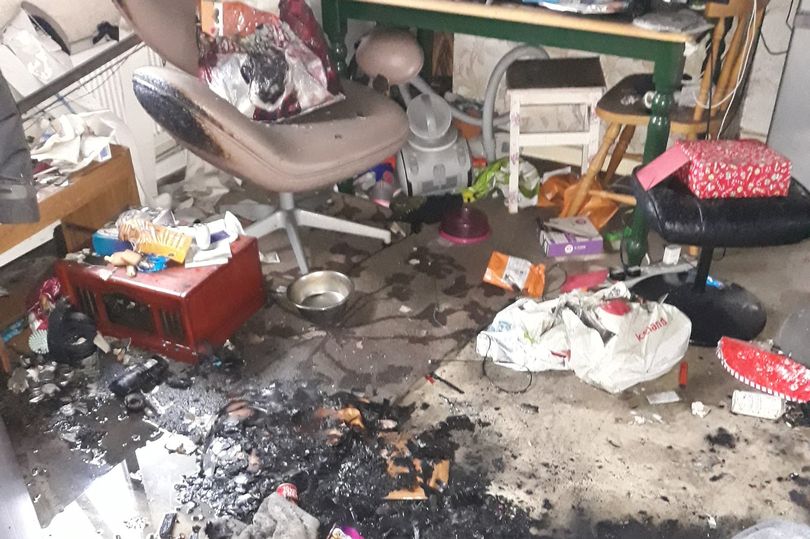 A fire at a property in Newry is being treated as deliberate, police have confirmed.

A window of a home on Boat Street was smashed and a fire started in the kitchen area shortly after 12.20am yesterday (Friday).

No-one was inside the property at the time, and there are no reports of any injuries.

Urging witnesses to come forward, a PSNI spokesperson said: “Enquiries are continuing and at this stage, the fire is being treated as deliberate.”

Meanwhile, the NI Fire Service have published these images (main photo and below) of a separate blaze in the city on Christmas Eve.

The extensive damage to the living room was caused by a tea light candle.

The fire was reported at around 2pm that day.

A NIFRS spokesman explained: “Firefighters were called to a fire in the living room of a property. Firefighters used breathing apparatus and hose reel jets to extinguish the fire.

“There were two casualties who both received treatment from the Northern Ireland Ambulance Service. The cause of the fire was accidental and the incident was dealt with by 2.49pm.” 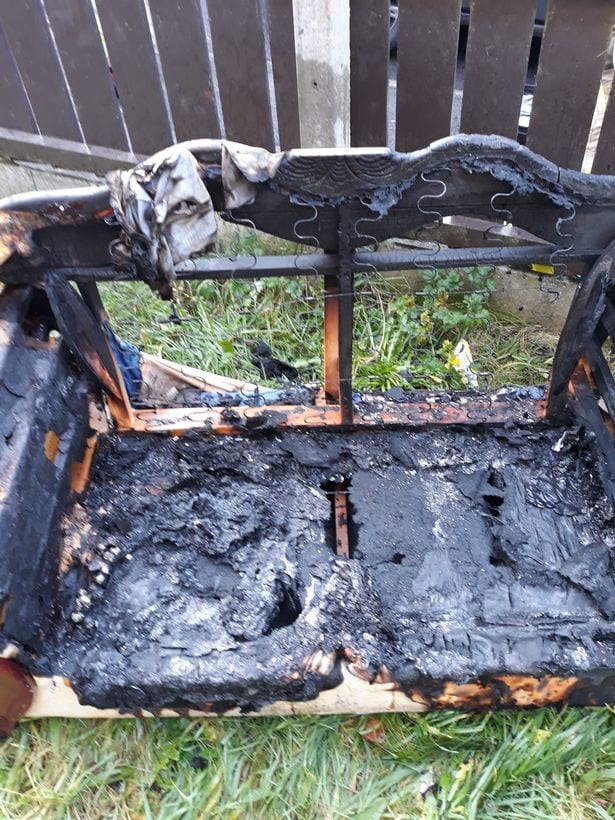 The Assistant Chief Fire & Rescue Officer Alan Walmsley said that the pictures of the scene were “devastating.”

He added: “The pictures show the devastating impact of a fire in the home caused by a tea light candle, thankfully nobody was seriously injured, don’t let this happen to you over the festive period, remember our simple STOP message.”