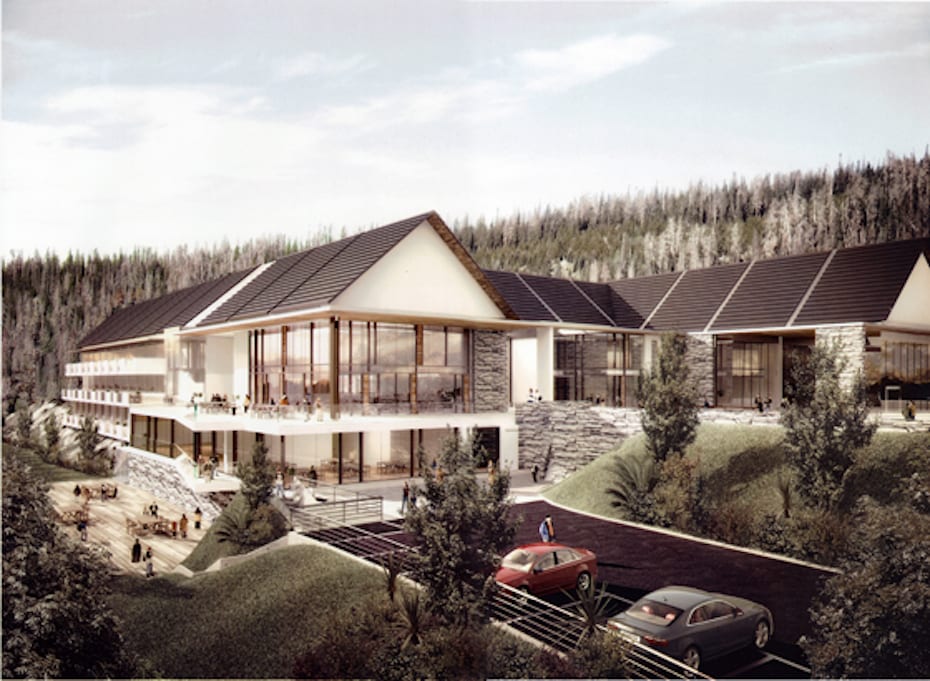 Planning officials have recommended that a new 100-bedroom hotel and spa overlooking Carlingford Lough should not be allowed to go ahead.

The £14 million development had been earmarked for a 35-acre site at Greenpark Road in Rostrevor.

An application for outline planning permission had been made last summer for the development, which would be known as the Seven Hills Hotel and Spa, and face out on to Carlingford Lough at the foot of the scenic Mourne Mountains.

The full proposal consisted of a 4-star, 100-bedroom hotel, including a spa, leisure gym, conference facilities, a restaurant and two lounge bars.

Papers submitted with the application indicated that some 70 jobs would be created if the work is allowed to proceed.

But planning authorities will recommend to councillors that the application should be refused.

They will present six reasons for that opinion when papers are submitted to Newry, Mourne and Down District Council’s planning committee, when it sits next on Wednesday, June 6.

They have concluded that it has not been demonstrated that the proposal will not harm the setting of and planned views of areas of special interest, given its location adjacent to Rostrevor House Demesne and close to Green Park Demesne.

They are neither satisfied that “the scale of the development will not adversely affect the setting” of two listed buildings, Rostrevor House and Carpenham House, nor “adversely affect the intrinsic environmental value and character of the designated area and particular features including Green Park, Carpenham and Our Lady of Apostles Missionary Convent”.

Planners say it has not been demonstrated the development is of “an appropriate size and scale for the locality” and they had “not received sufficient information” to determine the application, having requested of the applicant, but not having been given, photomontages and wireframes indicating the visual impact of the proposal.

Indeed, planners, in their report to council, will claim: “The agent has now had five opportunities to demonstrate that there will be no impact on the setting and integrity of the planned landscapes and listed buildings adjacent to the site, but has failed to do so.”

Outline planning approval had previously been given for a 50-bedroom hotel on the site in November 2011 but this has since lapsed. The original application had been for a 100-bedroom hotel but this had been reduced during processing.

Of all the statutory bodies consulted, all were content with the proposal except Historic Environment Division, and the Rivers Agency, which had requested a specific drainage assessment which the applicant had argued could not be provided until detailed design stage.

Upon advertising, only one objection was received from a neighbouring property which was of the view that the development was “too large and out of keeping with the village”.

But planners, in report going to the planning committee, do confirm that the feedback from pre-consultation community events last year had been “generally supportive”.

It had been intended that an equestrian centre within the proposed site would be relocated.

The planners, in their report to council, quote planning policy and indicate their reasoning.

The do say that the location is “acceptable in principle for hotel development”.

But again they go on later to state: “A 14 metre high building would have to be exceptionally well screened to ensure it is sympathetic to the special character of the AONB and the agent has given no information to demonstrate the visual impact of the proposal other than existing photos. It has not been demonstrated that the proposal will respect planned views from Rostrevor House and Green Park which are of importance to the character, appearance and heritage of the landscape.”

The recommendation will go to committee to refuse the application but it will be the councillors who will have the ultimate say.

And, if they do accept the opinion of the professional planning report, the applicant will still have the right to appeal the decision.