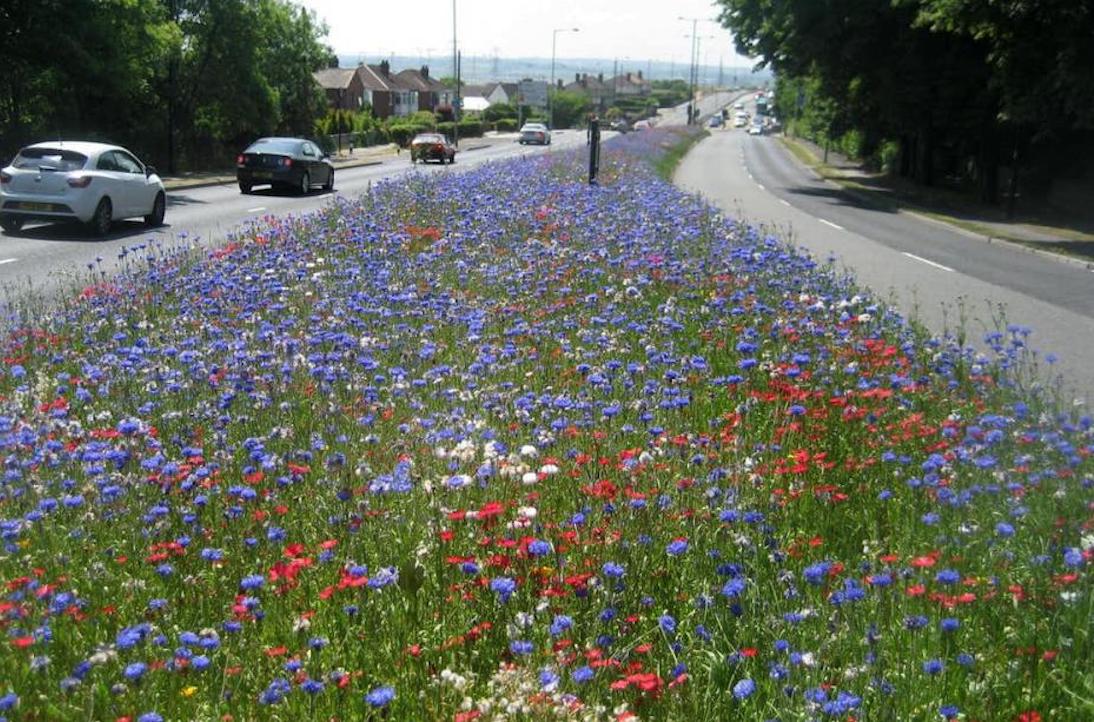 Parts of a Co Down dual-carriageway could be transformed into a wild-flower habitat, if council plans gets the green light.

Councillors are to approach Stormont’s Department for Infrastructure in a bid to reduce the amount of grass cutting that goes on at the road between Warrenpoint and Newry.

The move is hoped to see grass verges and other area at the side of the main route between the seaside town and Newry become more compatible with increased biodiversity.

Newry, Mourne and Down District Council (NMDDC) is the lead partner in a €9.4 million international environment project to improve conditions for protected species along the border.

The council’s active and healthy committee, which signs off on an annual £10,000 local biodiversity plan, last week raised the potential of a new road way environmental scheme.

The proposal has been encouraged by similar green projects in the district such as the successful regeneration of a former Mayobridge landfill site into a habitat for the almost extinct native Irish black honeybee.

A view for potential areas of wild-flower growth along the six mile stretch of road from Newry to Warrenpoint, was said in chambers to have previously been rejected by the Department for Infrastructure as a wild-flower natural habitat.

Crotlieve councillor, Declan McAteer (SDLP) said: “In terms of the Newry to Warrenpoint road, we could now re-engage with the department (DfI). There are issues such as crash barriers and it could be something to do with line of sight for traffic.

“I believe there is a glaring opportunity here and it would look visually a hell of a lot better than what is there. This would refresh a whole lot of the public area and both parties would come out good from this.

“They (DfI) wouldn’t have to cut the grass and we (council) would benefit from wild-flowers for pollinating species. There are two opportunities to look at along the entry to Newry and to Warrenpoint.”

A council officer confirmed that the biodiversity plan for the carriageway would be revisited with the department.

However, DfI has now confirmed that it is prepared to consider developments for a new natural habitat along the carriageway.

A spokesperson said: “The Department is not aware of a proposal by Newry Mourne and Down District Council, as part of their biodiversity action plan, to reduce the number of grass cuts on the Newry to Warrenpoint dual carriageway, but is very willing to consider any proposals for improving biodiversity at this location.

“In October the department introduced a new approach to grass management, aimed at increasing our focus on promoting wildlife when managing roadside verges while continuing to maintain road safety.

“From next year a single swathe will be cut along verges on all of the strategic road network, which includes the Newry to Warrenpoint dual carriageway, twice a year. Other areas of grass that need to be cut for road safety purposes, such as for sight lines at junctions, will also be cut at least twice each year.

“A similar approach will be introduced on rural roads with one cut carried out late in the growing season, where it is considered safe to do so, to encourage greater biodiversity of animal and insect life.”