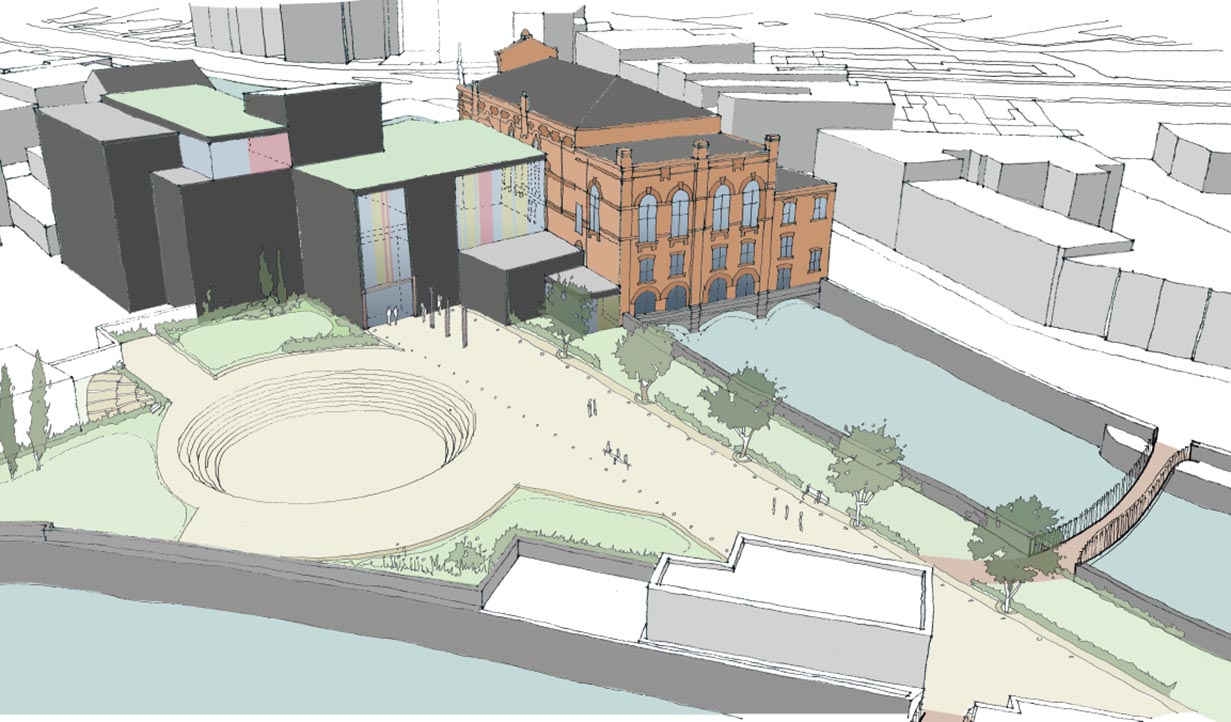 Newry, Mourne and Down District Council has appointed Hamilton Architects as design team lead for the Council’s transformational £20 million city centre regeneration projects which aim to transform Newry as a place to live, work, invest and visit.

The proposed development will see the construction of a new theatre/conference facility and a civic hub alongside public realm in Newry City and forms part of the Belfast City Region Deal infrastructure project.

It is designed to regenerate the city’s historic core, promote opportunities for further investment from the public and private sectors and increase Newry’s attractiveness as a place to live, visit and do business.

Subject to various statutory approvals and securing contractor teams, construction of the theatre/ conference facility and civic hub projects are scheduled to commence in mid-2020.

The appointment of Hamilton Architects for both projects is the result of two EU procurement competitions which attracted submissions from across Ireland, England and Scotland.

Commenting on behalf of Hamilton Architects, Paul Millar, Partner, said: “We are delighted to be leading the design team on these prestigious regeneration projects. We are already working with the Council on other projects, so we are pleased to be able to continue what is a very positive relationship.”

Hamilton Architects are award-winning architects based in Northern Ireland with offices in Belfast, Derry and London. Their portfolio of work includes Crescent Arts Centre, Kingspan Stadium and SERC Performing Arts Centre. Hamilton were architects for the Down Arts Centre, Queen’s University Riddel Hall and the DEARA headquarters in Limavady.

Newry, Mourne and Down District Council Chairman, Councillor Mark Murnin said: “I am delighted to hear that Hamilton Architects have been selected as the designers for Newry’s new Theatre/Conference facility and Civic Hub projects. I look forward to seeing their proposals that will help to regenerate our city for the benefit of residents, businesses and visitors.”

Liam Hannaway, Chief Executive of Newry, Mourne and Down District Council, welcoming the announcement, confirmed the City Centre Regeneration project is a major investment for the City and reflects the Council’s aim to regenerate the City’s core, increase its vibrancy and to promote Newry as a great place to live, work, invest and visit.