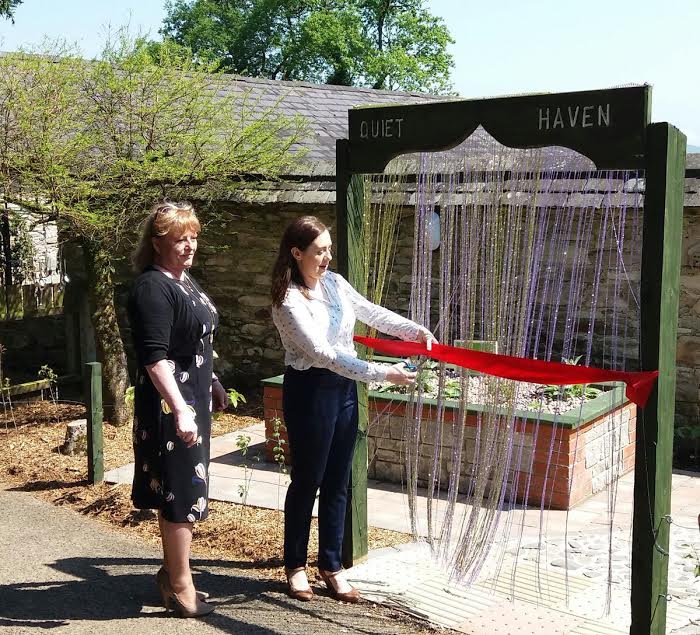 A new sensory garden has been unveiled in the shadow of Slieve Gullion.

The facility was officially opened this week by Newry and Armagh MLA Megan Fearon.

A ribbon-cutting ceremony was attended by local residents and those who had made it possible.

The Sinn Fein MLA commended the efforts of those involved in constructing the Clanrye Group Sensory Garden at  Slieve Gullion.

“This is a wonderful addition to the Slieve Gullion park area that will add life and dynamism to an already bustling area.

“The sensory garden now offers a quiet place to take in the majesty of Slieve Gullion’s natural landscape.

“Built from the ground up by the Clanrye Group young adults, and funded almost entirely by donations they secured, the site is a testament to the dedication, initiative and creativity of those involved.

“The completed project perfectly displays the pride of young people in our community and their commitment to its continued development.”