Lidl have offered the team a site completely free of charge 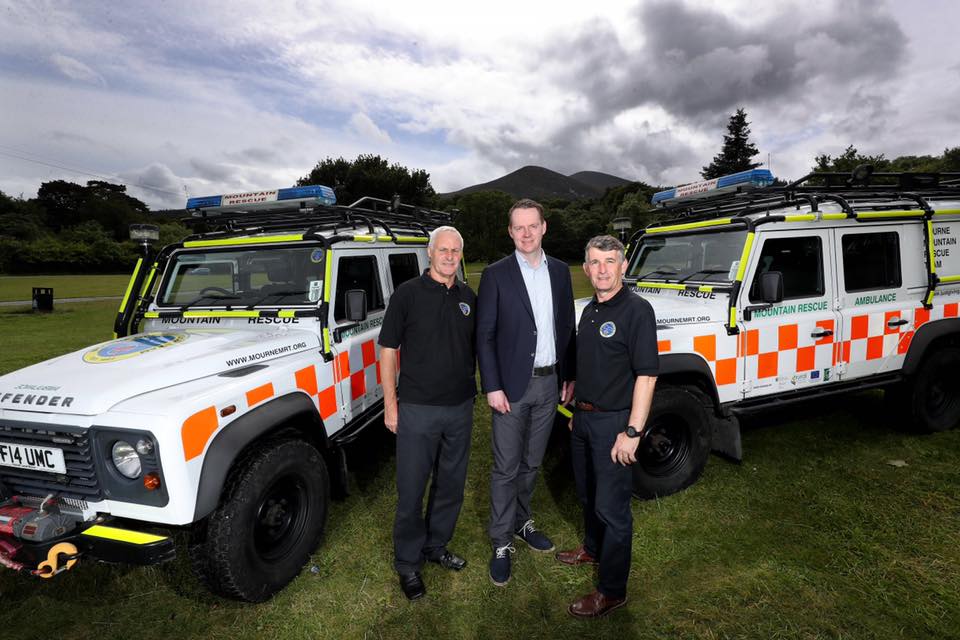 Plans for a state-of-the-art facility for the Mourne Mountain Rescue Team (MRT) took a giant leap forward after a site was granted to them free of charge by supermarket giant Lidl.

Since then they have undertaken a vast amount of work in the background, exploring many options.

However the team announced today that they have made a giant stride forward in their bid for a new home with Lidl agreeing to provide them with a site, free of charge.

The new state-of-the-art premises will be based at the foot the Mournes on the Bryansford Road in Newcastle.

Lidl Northern Ireland is delighted to announce that following extensive engagement and consultation, that the Mourne Mountain Rescue Team (MourneMRT) will be provided with a site, free of charge, on which to build a new state-of-the-art premises in Newcastle, alongside a proposed new store.

The site, located at Shan Slieve Drive and Bryansford Road, is at the foot of the Mourne Mountains and will offer Mourne MRT the space they need to develop a new facility which will futureproof the lifesaving service they provide.

Mourne MRT is a voluntary organisation made up of members of the local community and the team coordinated 44 rescues last year alone, making them the busiest team in Northern Ireland.

Speaking at the announcement, Dave Goddard, Chairperson of the Mourne Mountain Rescue Team said: “As part of our 50th anniversary celebrations back in 2012, we announced our intention to seek a new base for Mourne MRT to operate from.

“When we embarked on exploratory discussions with Lidl last year, we never dreamed that we would now be in a position to drastically improve efficiencies for the team, whilst also being able to interact even more with the local community.”

“This new base will give us the chance to lower our running costs and increase our capabilities to train more people from the local area who want to join the team.

“We are very fortunate to have an incredible level of support from the local community and we are confident that this new chapter in the history of Mourne MRT will be of enormous benefit to the whole area.”

Conor Boyle, Regional Director for Lidl in Northern Ireland, said: “Back in 2016, a young boy from Newcastle called Nathan Pierson put the Mourne Mountain Rescue Team on our radar when he was nominated for a Lidl Community Works Local Hero award for his fundraising efforts for the team.

“When a representative from Mourne MRT was in our Newcastle store submitting a nomination for Nathan, they spoke with our planner who was carrying out a public consultation for the new development and mentioned that they were searching for a new base in the area.

“Since then, both teams have collaborated extensively and we’re confident that the Mourne MRT will make fantastic use of the space on the site and continue to provide a service which benefits the entire local community.”