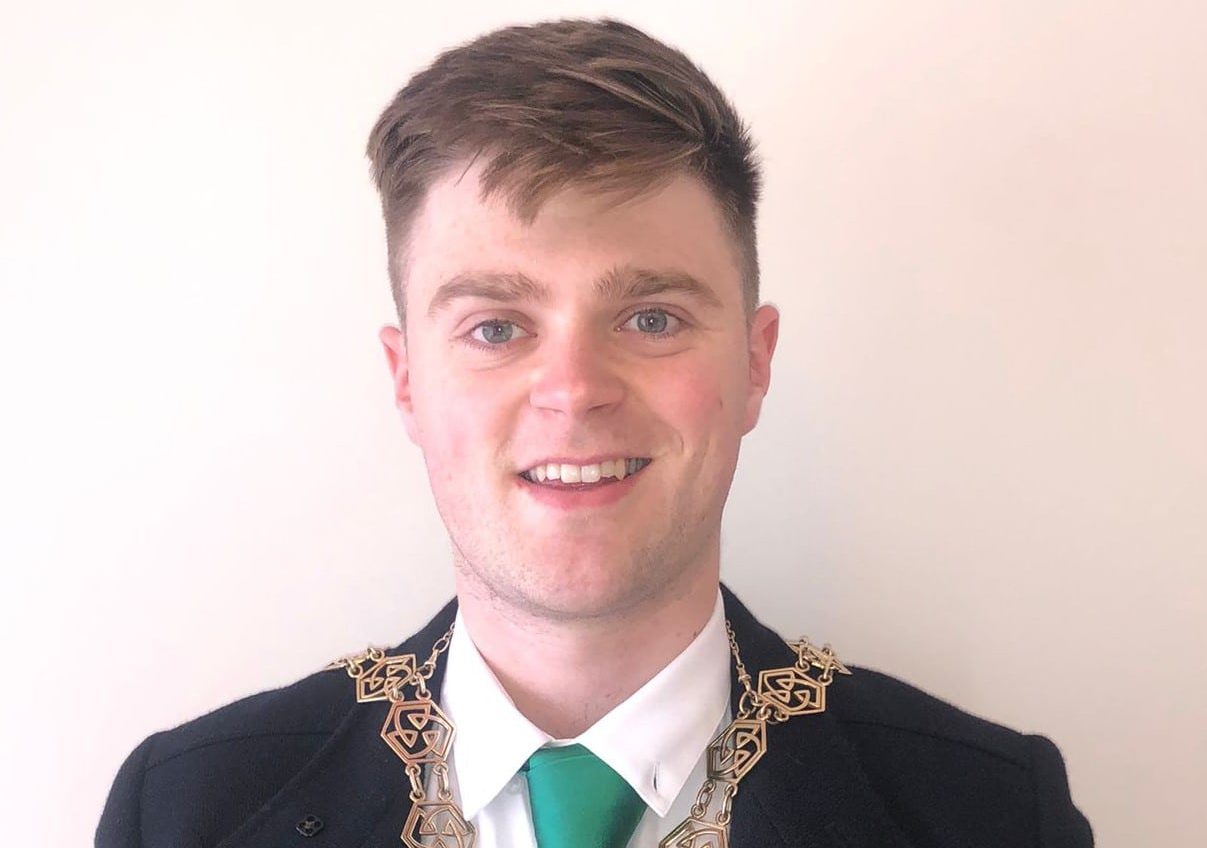 Newry, Mourne and Down District Council has appointed its youngest ever chairperson.

Michael Rice takes over the chains of office on an interim basis following the election of Sinn Fein Councillor Cathy Mason as an MLA.

At 23 years old, Councillor Michael Rice will be Newry, Mourne and Down District Council’s youngest chairperson.

He said: “It will be an honour and a privilege to act as the interim chairperson for the council. I would like to pay tribute to Cathy for all of the work she has done this year and I look forward to working with all councillors, council officers and the community for the remainder of the term of office.”

Patrick Brown has also had to vacate his position as Councillor for Rowallane following his election as an MLA.

Sinn Féin and Alliance Parties will now co-opt replacements onto the council.