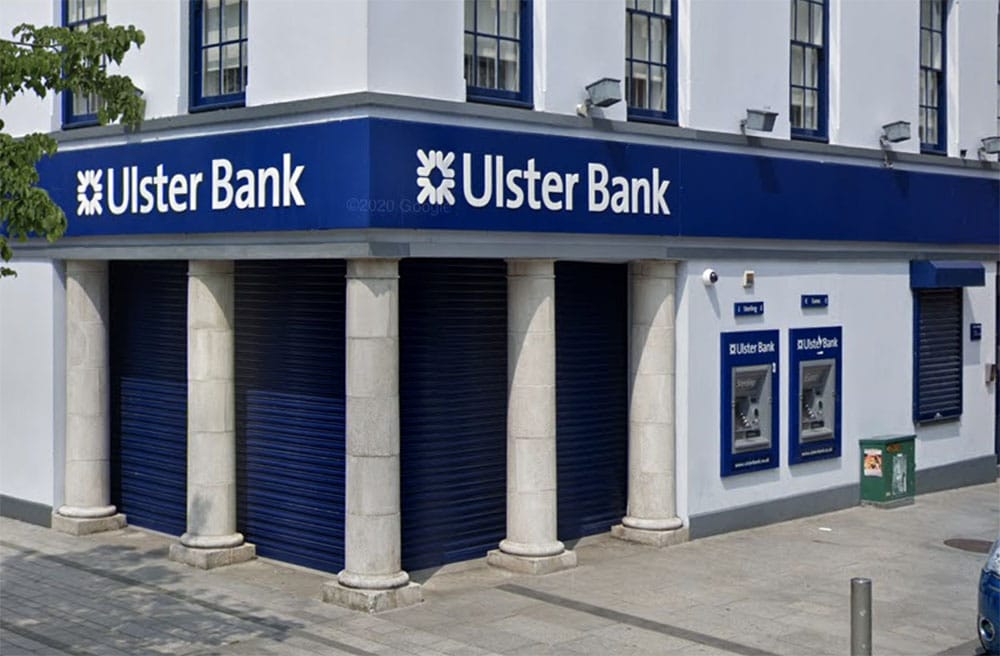 A Newry man who swung an A4 sheet at his girlfriend causing her to fall against the wall of a city bank has been fined £300.

Sentencing the 35-year-old, the district judge commented: “I do not want him to be a regular attender again.”

Stephen Christopher Mallon, of Flagstaff Court, had a plea of guilty entered on his behalf to common assault and disorderly behaviour at the city’s Magistrates’ on Wednesday.

Prosecution outlined that on October 5, police received a report of a male causing a disturbance at the Ulster Bank branch on Hill Street in Newry.

Officers arrived and spoke to a female, who alleged that she had been assault by her boyfriend – the defendant.

Staff told police that Mallon had been shouting in the bank at the female calling her a “paedophile” before grabbing an A4 display sign and swinging it at her causing her to fall back against a wall.

The defendant resisted arrested with up to six officers required to get him restrained.

During interview, Mallon admitted the offences and said the couple had been arguing over money.

Defence barrister Stephen Campbell outlined that although once a “regular” attender at court the defendant’s last conviction dated back to 2016.

He explained the “change in circumstances” had been this new relationship with the injured party in this case, which was still ongoing.

Mr Campbell described this as a “technical assault” and pointed out that Mallon had not “lashed out” at police but simply resisted.

District Judge Eamonn King commented: “I do not want him to be a regular attender again”.