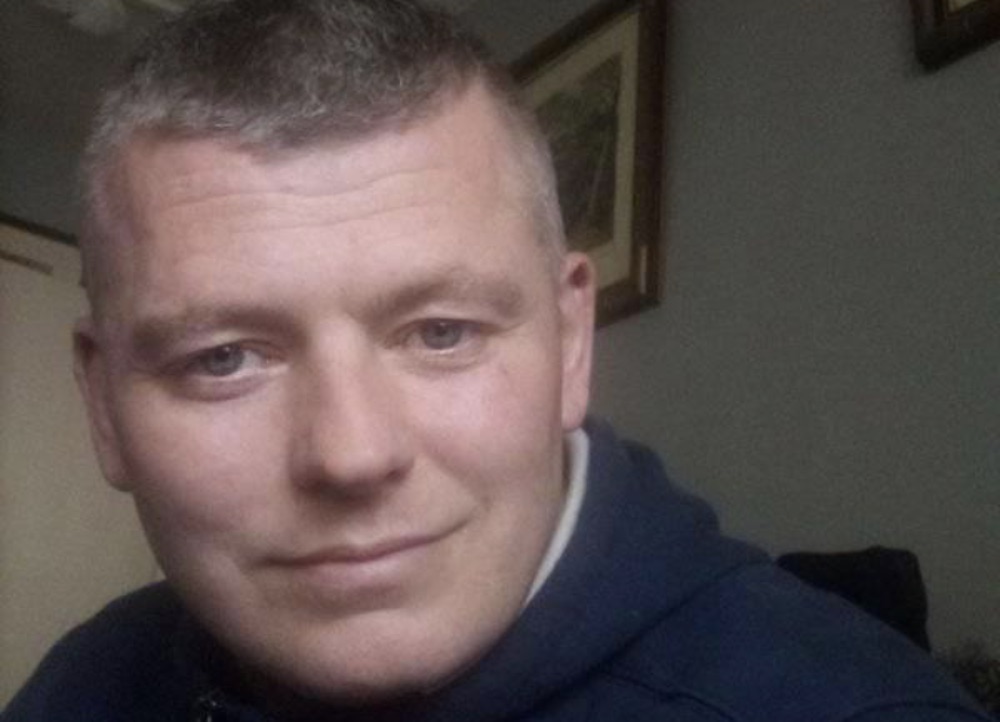 Newry Magistrates’ Court also heard that while the victim, Jimmy Thompson, was found lying on a bed and pronounced dead at the scene, 42-year-old Gary Anthony Paul Magee was rescued “lying unconscious at the back door” in the kitchen and had suffered a burn to his hand.

Magee, of Parkview in the Cloghogue area on the outskirts of Newry, appeared in court yesterday (Tuesday) accused of murder and arson with intent to endanger life on May 21 this year but due to quarantine rules at Maghaberry Prison, he was not present for the contested bail hearing today.

Sixty-two-year-old Jimmy Thompson died as a result of inhaling smoke during a fire at his bungalow, also in Parkview in Cloghogue and giving evidence today, Det. Sergeant Hawthorne told the court how Magee was arrested and questioned at the time but with the custody clock running out, “our hands were tied” so he had to be released pending further enquiries.

Those enquiries, conducted by forensic scientist experts, found that both front and back doors were locked, that there was no forced entry and crucially, there were three separate seats of fire in the bungalow – one in the living room, one in the front bedroom and one in the rear bedroom.

DS Hawthorne added that according to the expert reports, each of the fires had been started deliberately by “direct ignition of combustible material” rather than by any discarded cigarette spontaneously combusting. Jimmy Thompson (inset) died as a result of a house fire at his home in May 2021.

They were further of the view, said the detective, they were likely to have been started in the half hour before the emergency services were called at 11.40pm.

During questioning Magee told police he had been drinking wine with Mr Thompson and that he could remember details up to 11pm but nothing after that with his next recollection waking up in the Royal Victoria Hospital where he was treated for smoke inhalation.

However he refused to account for a burn on his hand, refusing to expand on his claim that he injured his hand the day before Mr Thompson’s tragic death, even when officers put to him that “it couldn’t be worse than murder”.

“Essentially, our case is around the fact that he loses his memory in the time that the fire examiner ascertains roughly when the fires started,” said the senior officer.

He told the court he was objecting to bail on the grounds that Magee was likely to interfere with witnesses and not adhere to bail conditions, revealing that he was both on bail and probation at the time of the incident.

DS Hawthorne argued that although Magee had been living in the area for the last six months, now that he was formally charged, his parents’ address was no longer suitable.

Under cross examination from defence counsel Kevin O’Hare the officer agreed there had been no reported incidents with any of the prosecution witnesses in the six months that Magee had been on police bail.

DS Hawthorne said while “there’s been no allegations of criminal behaviour,” he told the lawyer he was aware that Mr Thompson’s partner lives close by and “finds it quite uncomfortable seeing him in the area”.

“My concern is that witnesses will be less likely to co-operate and will feel limited to give their evidence as freely as they would,” said the detective.

District Judge Eamon King said while Magee faces “two of the most serious charges that currently exist within the criminal law,” he was satisfied that conditions could be attached to the bail to address police concerns.

Freeing Magee on his own bail of £500 with a cash surety of £1,000, the judge ordered that the alleged killer must reside at his home address, observe a curfew, be abstinent from alcohol and not to contact any witnesses.

In addition, he must provide police with his mobile phone number and keep his phone turned on.

The case was adjourned to December 8.