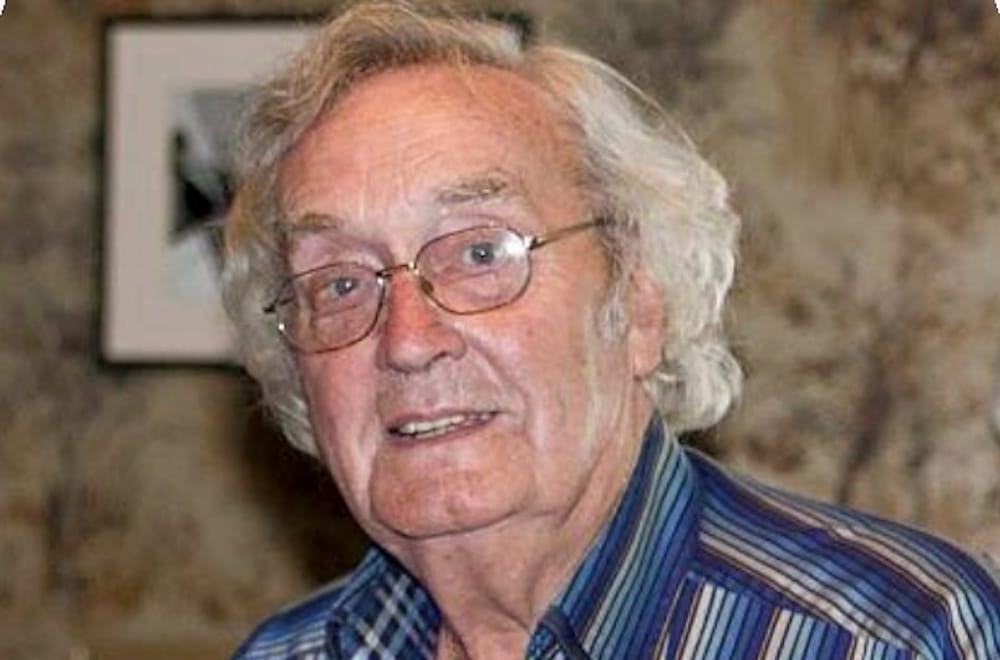 The founder of one of Newry’s – and Northern Ireland’s – most popular menswear stores has passed away.

The family of Louis Boyd announced his death on social media on Monday evening.

His funeral mass will take place on Wednesday, which would have been his 88th birthday.

“It is with a heavy heart that we announce the passing of Louis Boyd,” the family statement read.

“Louis passed away this afternoon at home, surrounded by his loving family.

“His mark on Newry and the wider community of south Armagh and south Down will last for many years to come, as we remember a husband, father, brother, grandfather, uncle, cousin, colleague, mentor and friend.

“His Requiem Mass will take place at 12noon on Wednesday 21st July in the Church of the Sacred Heart, Cloughoge with the funeral procession leaving the family home on Heslip’s Lane at 11.15 am.

“All our stores will be closed on Wednesday as a mark of respect. Please keep Louis and his family in your thoughts and prayers. May he rest in peace.”

Louis, who opened his first store on Mill Street on Friday, September 23 in 1960, styled men right through a difficult period in the area, bringing unrivalled fashion to the young men of south Armagh, Newry and Down.

Since then, Louis Boyd’s has grown into a household name, with stores in Buttercrane, Rushmere in Craigavon, as well as two outlets in the centre of Belfast.

Tributes have also been pouring in for what many described as a “gentleman who was great fun to be around”.

SDLP Councillor Michael Savage said Louis was “a true gentleman who did so much for Newry and its people”.

“My thoughts and prayers are with all Louis’ sons and the wider Boyd family at this sad time,” he added.

Radio presenter Kevin McAllister said: “My condolences to the Boyd family. His contribution to business in Newry is long standing and indeed his personality was warm and always with a smile. I remember on many social occasions he was always courteous, a gentleman. May he rest in peace.”

Buttercrane Shopping Centre commented: “The management of Buttercrane send our heartfelt condolences to the family, friends and staff of Louis Boyd Menswear.”

One woman wrote: “A true gentleman and hard worker who did a lot for people of Newry.”

One added: “He was a great man who helped dress a generation of mad 70’s lads. Loved his shop. RIP Louis.”

Another commented: “A strong figure in the life of Newry over a long period.”

“A legend of our times,” wrote another.