Leah O’Rourke talks Derry Girls, growing up in Newry and Dancing with the Stars Ireland

'It was an absolute dream come true to be in that show. It was a real pinch-me moment to get to be in a Channel 4 comedy' 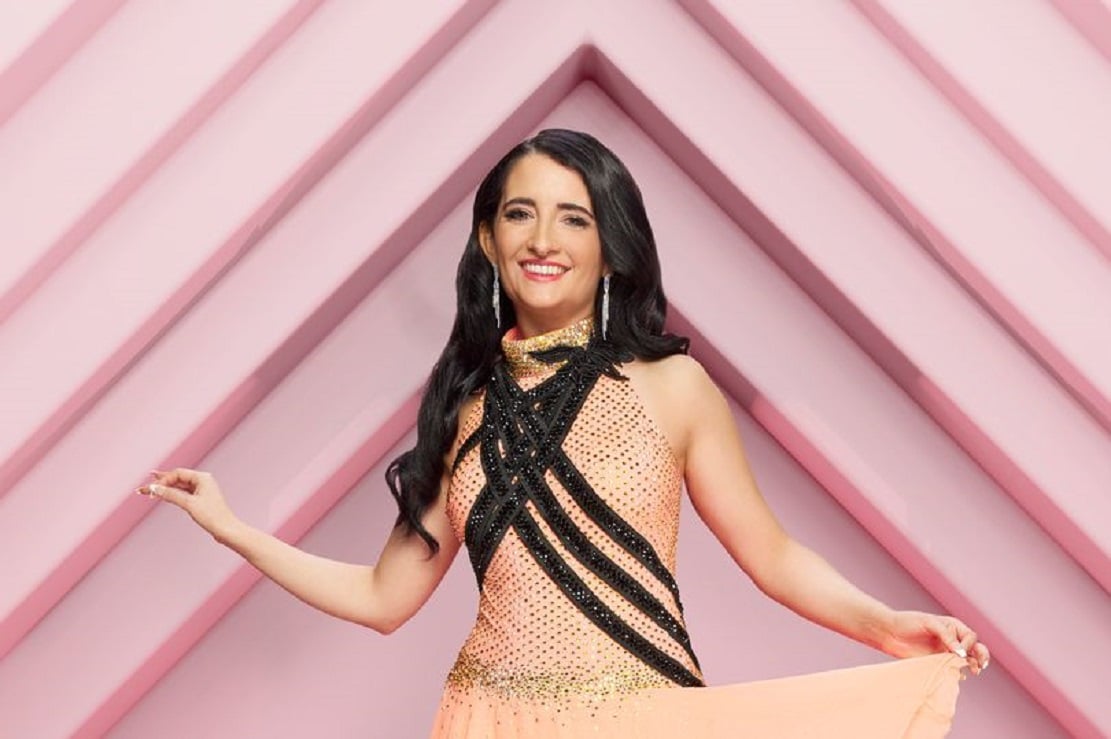 While Leah O’Rourke may have found her fame in the North West, she still continues to hold Newry close to her heart – a city in which she still lives amidst the busy life of a TV star.

Leah’s big break came when she appeared in the world-renowned comedy series ‘Derry Girls’, playing the character of Jenny Joyce, the straitlaced student at Our Lady Immaculate College in whose mouth butter wouldn’t melt.

In the new series of Dancing with the Stars Ireland, Leah has swapped the school uniform for a pair of dancing shoes as she competes against 10 other celebrities to see who has the best moves in Ireland.

Armagh I spoke to Leah about her background growing up in Newry, how Derry Girls took off on the world stage and how she hopes to prove herself wrong in her new live TV appearance.

Leah says that she “always wanted to be an actor”, having been involved in drama groups in Newry from a young age, alongside taking part in competitions, acts and “every school production I could be in”.

When she was 16 she secured her first film role, and from then on, knew what she wanted to do in life.

The apple certainly didn’t fall far from the tree in this family, as she has an aunt and uncle who are both actors, and another aunt who is head of drama in a secondary school.

Perhaps unsurprisingly, Leah tells us that her breakthrough role was playing Jenny Joyce in Derry Girls, the hit comedy chronicling the life of a group of school girls living in Derry during the Troubles.

“It was an absolute dream come true to be in that show,” she said. “It was a real pinch-me moment to get to be in a Channel 4 comedy.

“We read the script and we thought it was hilarious, but we had no idea how the public would react to it. So then when it got a really good reaction, we were absolutely delighted with it.

“It was very surreal. I went to visit my friend in Australia and people were stopping me asking for photos and that was when it sort of hit me that this had gone global.”

It is often cited that the reason why Derry Girls is so popular in Northern Ireland is that the accents and style of humour can resonate with all who grew up here.

A past past pupil of Our Lady’s Grammar School in Newry, Leah says that her experience wasn’t all that different from Our Lady Immaculate College in the show.

“We had nuns in our school and some had similar vibes to Sister Michael, so I very definitely related to it, although I didn’t grow up during the Troubles.

“I remember Lisa McGee (Derry Girls writer) saying that she thought it would just have a small cult following within Northern Ireland so we were blown away. Now I’m getting messages from people all over the world.”

Dancing with the Stars Ireland is Leah’s latest venture and it’s already in its second week. She says that while it has been a “very, very fun experience”, the transition into a live TV performance was a difficult hurdle to overcome.

“I was very nervous during the show because I am definitely not a dancer, but when the opportunity came, I said: ‘I wonder can I learn?’

“If I had said no, I’d always have wondered what would have happened. With it being such a once in a lifetime opportunity, I thought I’d give it a go.

“The difficulty was, with Derry Girls I could repeat a scene as many times as I wanted. With this, you get one shot and anything could happen because it’s live TV.

“I feel more relaxed this week because I’ve experienced it and been in front of the Judges and the cameras.”

Leah says that she’s not in it to win it, but is more focused on her personal journey of overcoming the voice in her head that says she could never do it.

She explained: “You don’t want to look back and regret holding back. You just have to go out and give it your best. It’s hard because the voice in your head tells you you’re not a great dancer, so it’s hugely challenging, but so rewarding.

“It’s rewarding because I never believed I could have done something like this, and to look back in years to come and say that I’ve danced on live TV is a huge achievement.

“With Derry Girls, I was confident in my acting ability, but in this show I’m going out having to confidently present a talent that I don’t have.

“I’m definitely excited to get to experience the different styles of dance and also the different characters, but I know my own dancing abilities and I know I will not win and I never came in feeling that I would win. I honestly don’t think I’ll be in the competition for long, but I will have achieved my own personal goals.

“I always had this thing in my head telling me that I can’t dance, so when this opportunity came up, I thought it would be great to put those voices to bed and prove that I can do it.”

Despite making her fame in Derry, Leah still lives in Newry, where she says the people have been “so, so supportive”.

She added: “I am so, so proud. I love Newry and I love the people. Everyone in the town has been so supportive and even all my old schools have been in touch so it’s lovely to have that support from everybody. I have people I went to school with messaging me telling me it’s class to see me on TV.

“There were many times when I wondered if I would ever make it on the TV or make it in the industry, as it’s a very tough and unpredictable lifestyle, but it was the only thing I ever wanted to do and you get one life so you just have to go for what you want.”

Dancing with the Stars Ireland airs on RTE One on Sunday nights at 6:30pm.