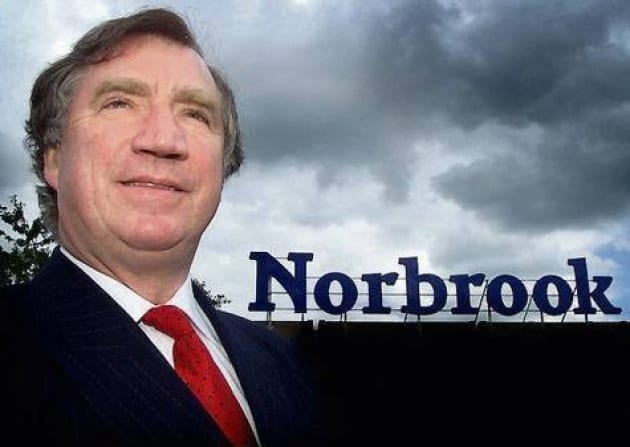 Pilots of a helicopter which crashed and killed Lord Ballyedmond were impatient to take off, an inquest has heard.

Dr Edward Haughey, who owned Norbrook and worth in excess of £800m, was killed when the helicopter came down near the estate he owned in Gillingham, Norfolk in March, 2014.

The BBC reports that the pilots needed to take off “no later than 7pm” because of bad weather”.

Dr Haughey was overseeing renovations on the estate at the time.

Workers, including a plasterer and painter, gave evidence to the inquest.

Painter-decorator John Savage, from Newry, said that at 7.15pm Mr Hoyle said: “We have to go now or we will be grounded.”

Properties owned by Dr Haughey include Ballyedmond Castle in Rostrevor, Corby Castle in Cumbria, Gillingham Hall, Norfolk, Belgrave Square #9, London (a 6-storey townhouse purchased in 2006 for about £12m, restored during the following three years) and a Georgian house on Dublin’s Fitzwilliam Square.

Newly qualified drivers to be subject to night-time passenger curfew