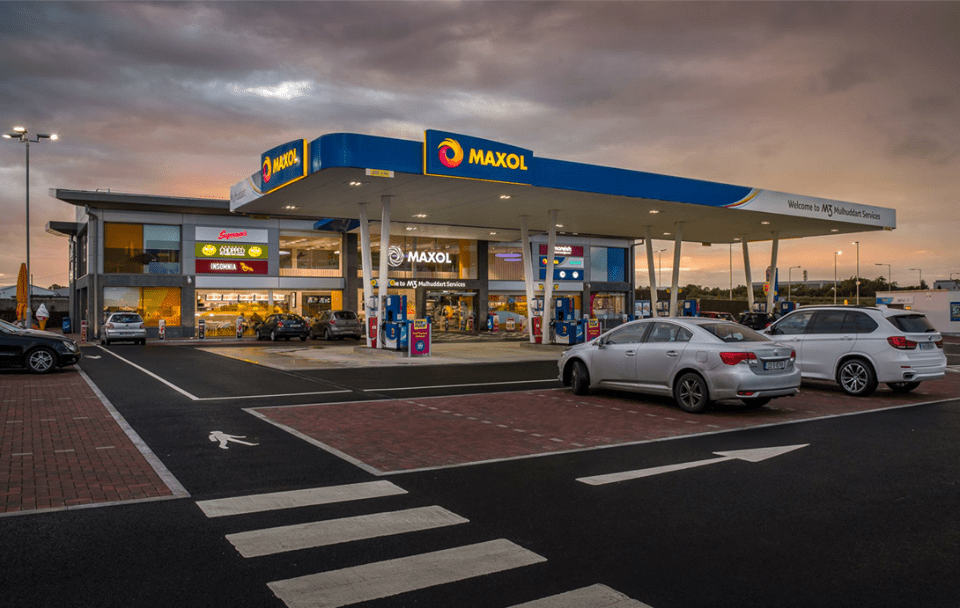 For illustration, showing the forecourt of Maxol's M3 Mulhuddart Service Stations which the new station has been likened to.

A huge new roadside service station could be on the way for Newry – creating 60 jobs and representing an investment of around £6 million, Armagh I can exclusively reveal.

The development – which would cover an area in excess of 1,000 sq metres – would also include restaurant services.

Indeed, no less than FIVE food franchise restaurants and cafes – as well as a drive-thru – are in the pipeline.

Plans for the new-build project have been submitted to Newry, Mourne and Down District Council for consideration.

Maxol Oil Limited has applied for approval for the development which has been described as a “major application”.

It would create 80 jobs during construction and take an estimated nine months to build.

And, when completed, would bring a further 60 new full-time jobs to the area.

The developer says it will provide a “significant boost to the local economy through salaries, local supplies and rates revenue to the lcoal council”.

A vacant site – east of the Belfast to Dublin A1 dual carriageway at Newry – is the proposed location, sitting almost 200 metres west of the Tandragee Road, Carnbane Road, Shepherds Way Roundabout.

The proposal is for a “strategic roadside service facility”.

This would consist of a petol station, shop and restaurant services.

There would also be a children’s play area, picnic area and parking for more than 100 cars, as well as coach, lorry, and caravan bays. Public toilets and seating, both inside and outside to service food franchises, are featured, and there will also be an ATM.

There will be drive-thru car washes and electrical car charging points t00!

A traffic impact statement described the planned facility as “similar” to the Mulhuddart Services Station, north of Dublin, which has eight filling bays/pumps for cars, together with two HGV filling bays and a “number of franchise food stands”, namely Supermac’s, Chopped and Moreish.

A planning statement points out that there is a Centra and Topas 15 miles north of the proposed site, between Banbridge and Dromore, but it is not open 24 hours and is on the north side of the carriageway.

The nearest roadside services in the south is 22 miles away at the Applegreen between Dundalk and Drogheda.

A pre-planning application had been brought forward and a formal proposal has now been submitted and will be publicly advertised next week.