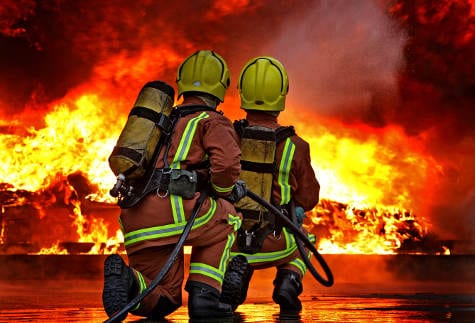 Fire crews had to withdraw from call-outs in Newry and Rostrevor overnight due to “hostile crowds”.

And in Coalisland, Northern Ireland Fire and Rescue Service personnel were attacked by youths throwing fireworks.

It was the busiest Hallowe’en for Fire Service since 2010.

NIFRS received 232 calls, with 161 incidents across the whole of Northern Ireland.

This was up 47 per cent on the previous year.

And the majority – 45 per cent – were under the Southern Area Command jurisdiction.

NIFRS said most involved the burning of “grassland and bonfire materials including tyres”.

In all crews were called to the scene of 36 bonfires and had to take action in 16 cases.

A total of 93 per cent of all call-outs over the 24-hour Hallowe’en period were due to fires started deliberately.