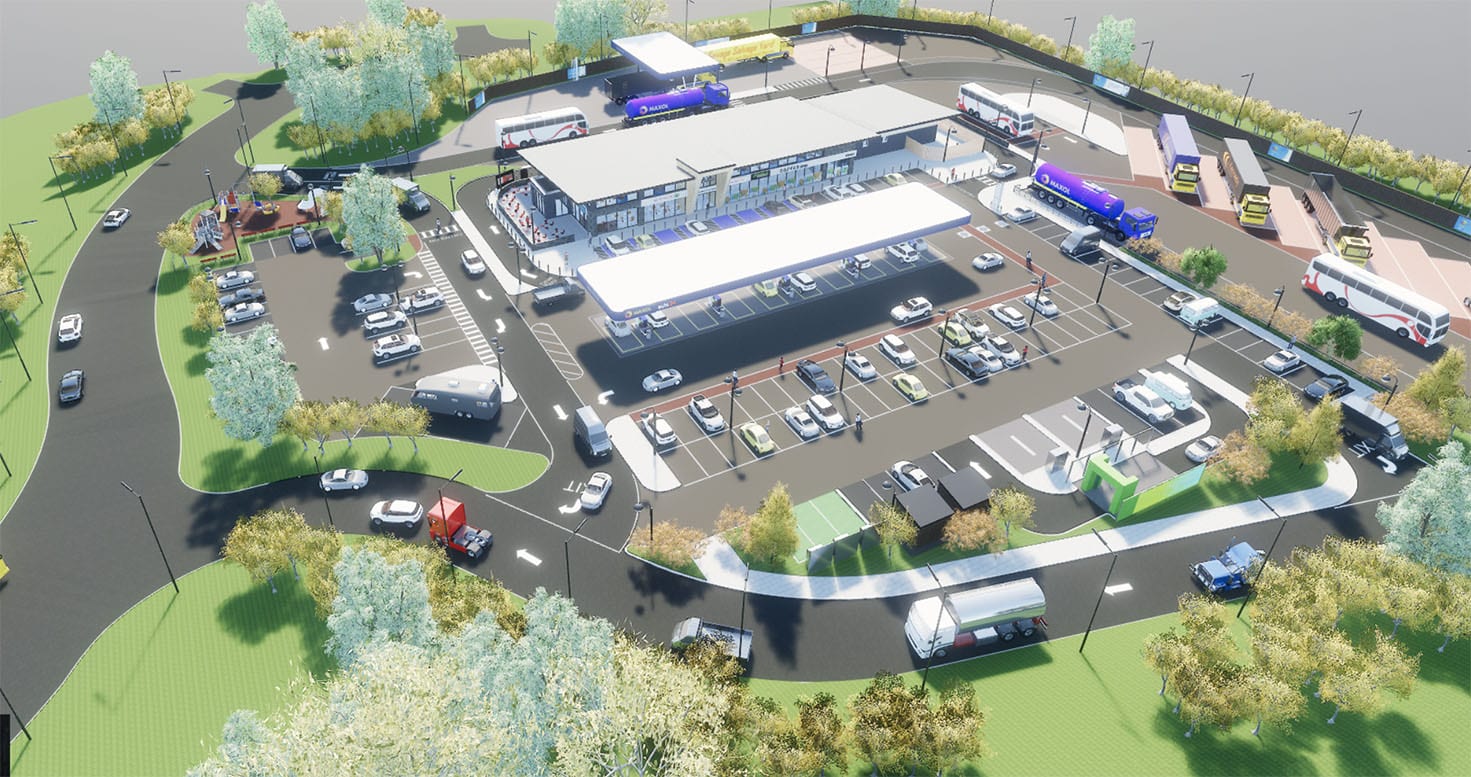 The industry body representing HGV drivers has thrown its weight behind proposals for a new £6 million roadside service station near Newry as council prepares to reject the plans.

Images of the planned development – first revealed by Armagh I in August 2017 – have also now been released to this website ahead of next week’s crunch committee meeting.

The Freight Transport Association has submitted a letter of support for the planning application for the strategic roadside services facility, to be located off the A1 at the Carnbane Road roundabout, Newry.

The planning application represents a multi-million pound investment and would deliver a large petrol station, shop and restaurant services.

It would also include a children’s play area and picnic area, as well as car, coach, lorry and caravan parking to service motorway traffic travelling across the border.

After two years being considered, planning officials have arrived at a recommendation.

And that is to refuse permission to a facility which would create 140 jobs – 80 through construction and 60 upon completion.

The development – which would cover an area in excess of 1,000 sq metres – would include no less than five food franchise restaurants and cafes – as well as a drive-thru.

The applicant is Maxol Ltd and, when we first reported, the developer said it would represent a “significant boost to the local economy through salaries, local supplies and rates revenue to the local council”.

But Armagh I revealed last month that the opinion being recommended to Newry, Mourne and Down District Council was not positive.

The planning committee has already considered the application and it is due to meet again on Wednesday of this week for further consideration.

And ahead of that meeting, the Freight Transport Association has spoken out and in the hoping of eliciting an 11th hour change of mind.

It is adamant that the development is not just needed but essential for its members.

Seamus Leheny, policy manager for the FTA in Northern Ireland, in his letter of support, said: “I believe this facility, if it is approved, would provide an extremely valuable resource for the significant number of HGV drivers that use the A1 daily between Dublin and Belfast.

“At present approximately 8,500 commercial goods vehicles cross the border daily on the A1 at Ravensdale.

“The facility will be a significant improvement for HGV drivers who will be able to park overnight and use the shower and catering facilities.

“This is something which they do not have access to in the surrounding area close to the A1 motorway.”

While council planning officers have recommended refusal due to “policy reasons”, the body representing those who will benefit most are calling for councillors to reject that.

When committee sits mid-week, they will be asking elected representatives to back them and give them access to a service station fit for their needs – and local jobs for local people.