Sinister ‘locals only’ graffiti daubed on front of Newry property 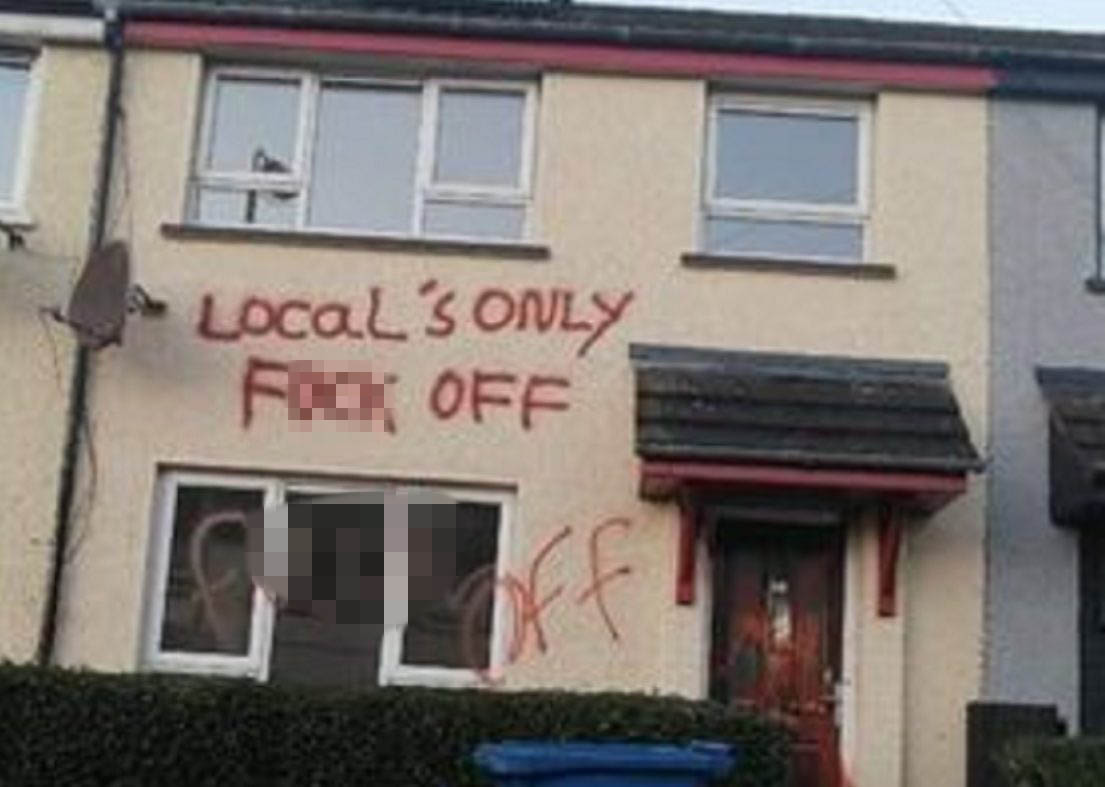 “Sinister” and “racist” graffiti has been daubed in huge writing across a Newry property.

The words “local’s [sic] only” and “f*** off” were spray painted on the front wall of a house in the Mourneview Park area of the city.

One local resident contacted Armagh I, about what they described as a “sinister message” on a property which was empty and yet to be allocated to anyone.

Sinn Féin Cllr. Charlie Casey has condemned those responsible for the despicable graffiti with racist undertones in the Mourne View area of Newry.

Cllr Casey commented on the news, saying: “In the early hours of this morning, this graffiti was daubed across a home in Newry.

“This is the second time in as many days that the property has been targeted with this abhorrent language. This looks like an underhand attempt to influence the allocation of this vacant property

“This act is not reflective of the community of Newry and has no place in our society. I have spoken to the Housing executive about this and am scheduled to meet both the Housing Executive and the PCSP along with other elected reps in the coming days

“I would encourage anyone with information to contact the PSNI.”

Independent Newry City Councillor Gavin Malone condemn that actions of those responsible stressing that this was not the views of local community.

“After I became aware, I contacted and notified the Housing Executive about it, they arrived to deal with it as quickly as possible”, he said.

“It is my understanding that the house was empty and awaiting allocation by the Housing Executive. This is shocking behaviour which has to be condemned.”