Graffiti vandals torturing pensioner told to ‘cop themselves in’ 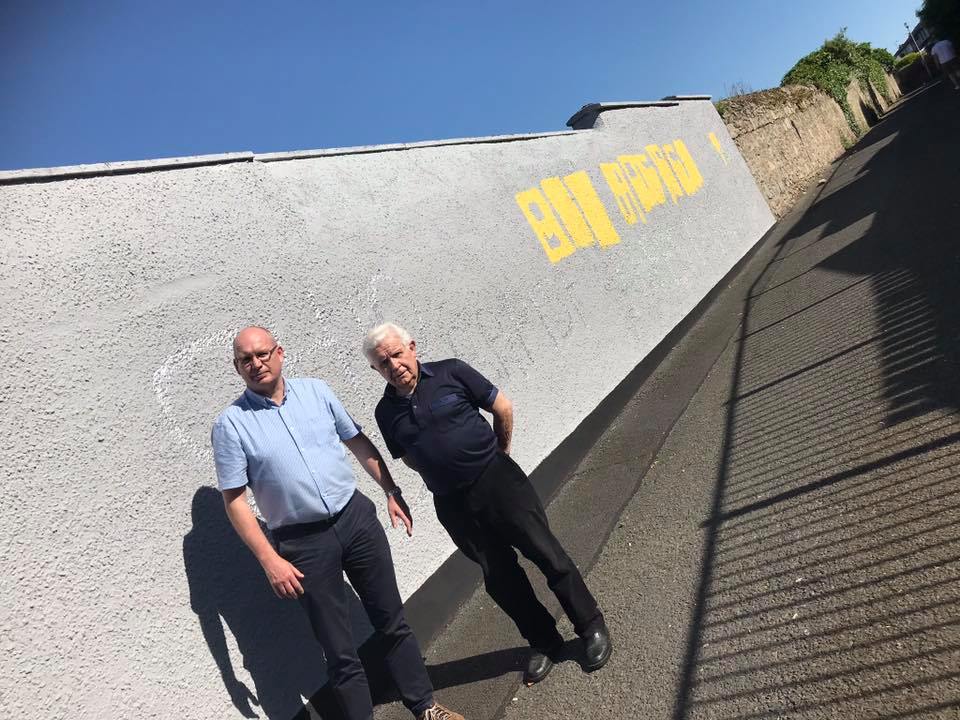 Graffiti vandals are making the life of one Newry pensioner a living hell.

And city councillor Michael Savage has called on those responsible for targeting the property of Brendan Matthews – an elderly Doran’s Hill resident – with graffiti to stop immediately.

Mr Matthews is a well-known resident in the area having spent his entire life on Doran’s Hill, however, he has been forced to repaint the gable wall of his home on three occasions after graffiti was daubed all over it.

The SDLP councillor has called on those responsible to show respect for their neighbour and stop.

“Anyone who lives in the Doran’s Hill, Barcroft and Ballybot areas will know Brendan and his family,” councillor Savage explained.

“He has lived there all his life and loves where he lives, but he is being tortured by people who are showing no respect for his private property by daubing graffiti on his gable wall under the cover of darkness.

“The content of the graffiti has nothing to do with Brendan and his family but those daubing it see his wall as a blank canvass to get a message out.

“The only person they are really hurting by doing this is Brendan who is continually out of pocket every time this is done as he has to paint over it.

“I would ask those responsible to stop immediately and just think for one moment how they would feel if someone walked up to their home in the middle of the night and daubed slogans on their wall.

“These people need to cop themselves on and show respect for an elderly man and his family and leave them in peace.”

Councillor Savage has reported the incidents to the PSNI and has asked that they increase patrols in the area to prevent this happening again.

He added: “I would ask those responsible to reflect on what they are doing. It is criminal damage and if they are caught by the police they will end up with a criminal record and for what? This madness needs to stop and stop immediately.”