From Newry fashions to Shanghai flower walls: Mark’s living ‘Highlife’ and his business is ‘blooming’!

'When I was doing MTV...even sitting beside Justin Timberlake and Kylie Minogue, it didn't faze me. I was there to do a job' 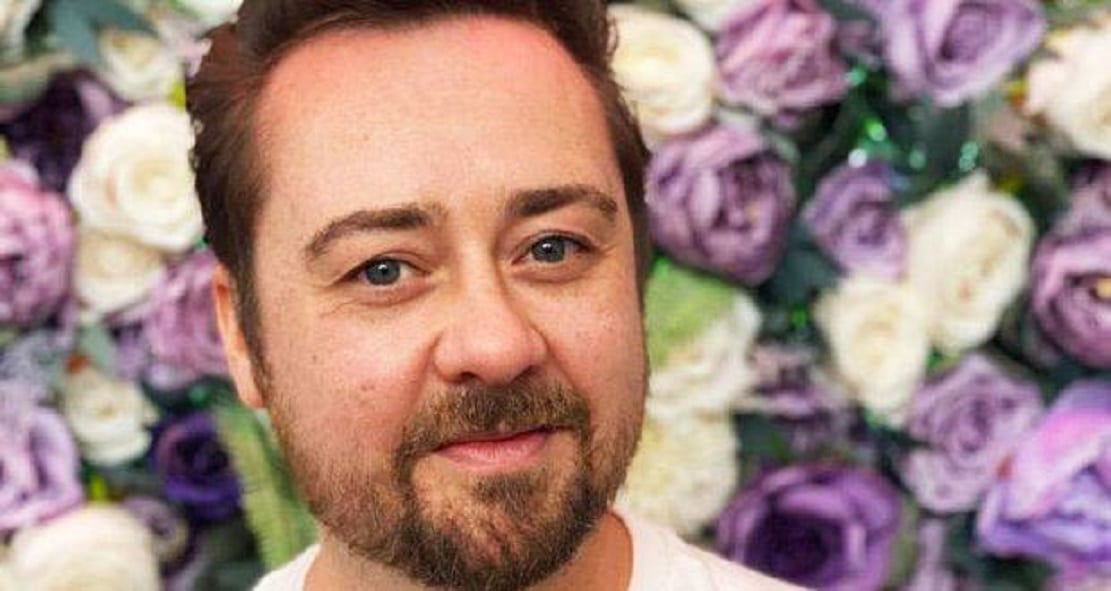 From a high-street charity fashion show in Newry to flower walls which have adorned the events of the rich and famous, one local lad is certainly living the high life.

The hustle and bustle of Shanghai is a far-cry from Mark Byrne’s humble beginnings in Newry, but that is where he has found his home.

A student of St Patrick’s Primary School and St Joseph’s High, the 39-year-old declared that Newry was “grand growing up”.

“You don’t really know any different, if you don’t travel a lot. It was just a regular town – or city now – and it is obviously a very small place compared to Shanghai, with a population of around 24 million people,” said Mark.

“It is like Christmas Day all year round with the amount of people about and that is probably the easiest way to describe it.”

Mark first left these shores in the year 2000, as a 19-year-old, to attend Queen Margaret University in Edinburgh, to study event management.

However, it was in his home town that the origins of his passion for event planning and management began.

Recalling his first foray into this world, Mark explained that whilst studying at Newry Tech, he and his classmates had been tasked with putting on a charity event.

“Other people wanted to do board games and things like that, but I just wanted something more, something a bit more challenging so I organised a charity fashion show,” he explained.

“It was at The Quays in Newry, so we had items from all the stores in there and we raised money for Cancer Research and for babies that are born with illnesses.”

Whilst in Edinburgh, Mark continued to flourish and found himself playing a hand in various large-scale events through freelance work.

He continued: “I did the Environmental Festival, the Science Festival, I worked for the Cow Parade, who place cows in various cities around the world, for a little bit.

“I was also an assistant event manager for Queen Margaret University for just over two years. Then, luckily through connections, when MTV was in Edinburgh, I worked for them as an artist liaison and the same with Live 8.”

By the age of just 24, Mark had begun to build a CV big enough to rival people with twice the years behind them.

He commented: “People have a lot of preconceptions about events, but there is a lot of hard work and graft. It is about 90% admin and the rest is delivering the event. It is not all glamour.”

After completing his university degree, Mark decided that he wanted a change of pace and, having always had an interest in travel and aviation, he found work with the Flight Centre in Edinburgh.

“After a while it just seemed like the perfect job for me,” he said. “Within the first three months I was one of the best for sales within Scotland; I was being flown all over the world to collect awards and made the store profitable.

“I was then training different managers on selling because you are not just selling a flight, you are selling the whole experience of going away, the hotel, the activities and just getting the customer excited about it.”

Due to the success that Mark was having in Edinburgh in 2010 he was asked to relocate to Shanghai to head up the China division of the company.

“The experience here was very different, it was basically starting a business from scratch because they didn’t have the systems in place but I really, really enjoyed it and thrived.

“It was the first time China Flight Centre ever made profits, within six months of me being there. I developed a brand through marketing, recruited team members and I became third for sales in the company.”

Then in 2012, Mark decided to back himself in starting his own event management and concierge company, Highlife, based in Shanghai.

Speaking about the decision, he said: “I think it was a combination of my skills and experience, but I suppose it was just taking that leap of faith.

“It is very different than working for a global brand. When starting up no one is going to know you but through my marketing and connections I quickly started to get business in.”

Within the first quarter, Mark was already hosting events in Phuket for 200 people and five day team building experiences for constructions companies.

He said: “I then started to get clients from Europe and the US, I hosted events for them here. That could be anything from private yacht events to jet experiences or closing down stores for personal shopping experiences.”

Through this work, Mark was then contacted to put on corporate events, product launches and later weddings.

“I was hosting weddings for over 1,000 people. My first engagement party was for over 500. Here it is all completely over the top and with huge budgets.”

It was whilst planning and managing these events in 2013 that Mark had a new brainwave.

“I started developing artificial floral products ,because real flower walls are obviously very expensive and through experience I know that they will die within around six hours.

“I created a luxury artificial product for export and we are now in hundreds of countries across six continents, used in everything from red carpet events to store displays.”

The walls have been used for major advertisement campaigns for brands including Pretty Little Thing, Match.com, Kohler and Lululemon.

He said: “The product didn’t really exist worldwide, we were one of the first. Other companies have started their own flower wall business and copied my designs. I mean I see it as flattery.

“The quality of the product is not the same as ours, we don’t outsource, we build everything in house and I have 50 different manufacturers with all different flowers so no one knows the exact recipe.”

Asked about how the pandemic has affected business, Mark added: “People are still buying flower walls but not at the same volume. Obviously we were doing a lot of weddings but they haven’t been happening.

“Over the year we moved into interior design but the likes of restaurants, cafes, salons haven’t been open, so it has been tough and it has had a big impact.”

Mark admitted that he always wanted to travel in order to experience different cultures and had ambitions of having his own company but never imagined it panning out as it has.

Through his work, Mark has been able to meet many of the rich and famous but admits to only once having a star stuck moment.

“When I was doing MTV, it was Mark Owen,” he said. “I think it was because Take That were so big growing up but even sitting beside Justin Timberlake and Kylie Minogue, it didn’t faze me. I was there to do a job.”

Mark has not set foot back in Newry for a few years now and a trip home last year was stopped by Covid, but he still keeps in touch with his mam and hopes to return soon.