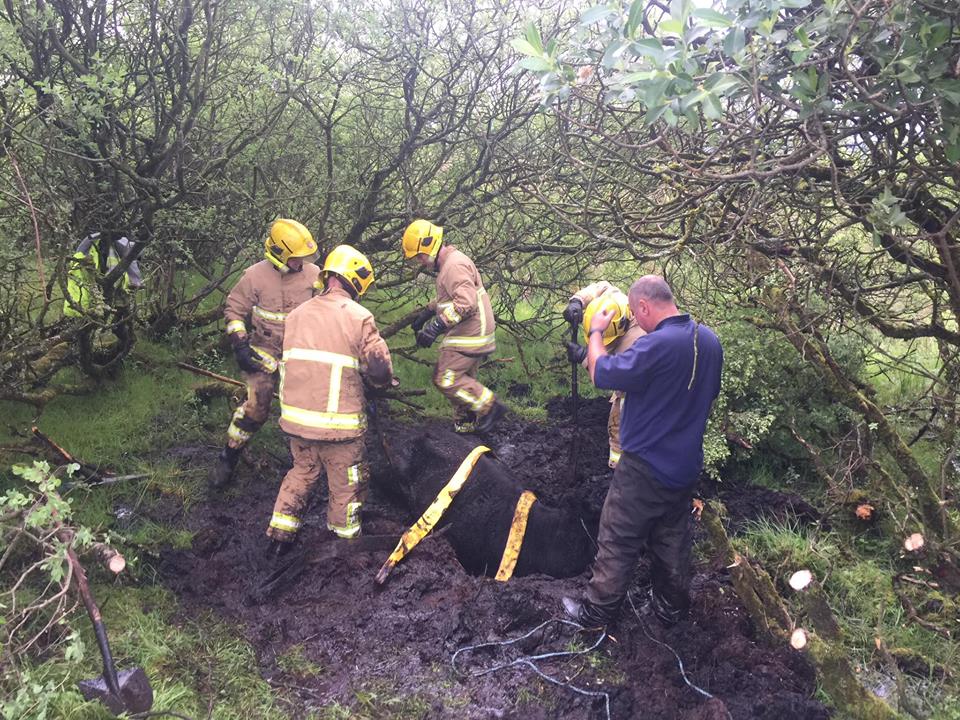 Firefighters came to the rescue of a county Armagh farmer whose calf was trapped in a slurry tank earlier this week.

Around 9am on Monday morning, fire crews came to the rescue of a calf struggling in a slurry tank.

Firefighters had to use a number of different methods to safely carry out the rescue; they used a ladder, lines and Urban Search And Rescue (USAR) Safety Systems to free the calf.

The calf suffered no major injuries.

Fire crews from stations in Newry, Armagh and Newcastle attended the incident.

And earlier this month, firefighters in Omagh were called upon to help rescue a cow that had sunk into a bog hole (main picture).

They managed to free the cow who also suffered no major injuries.