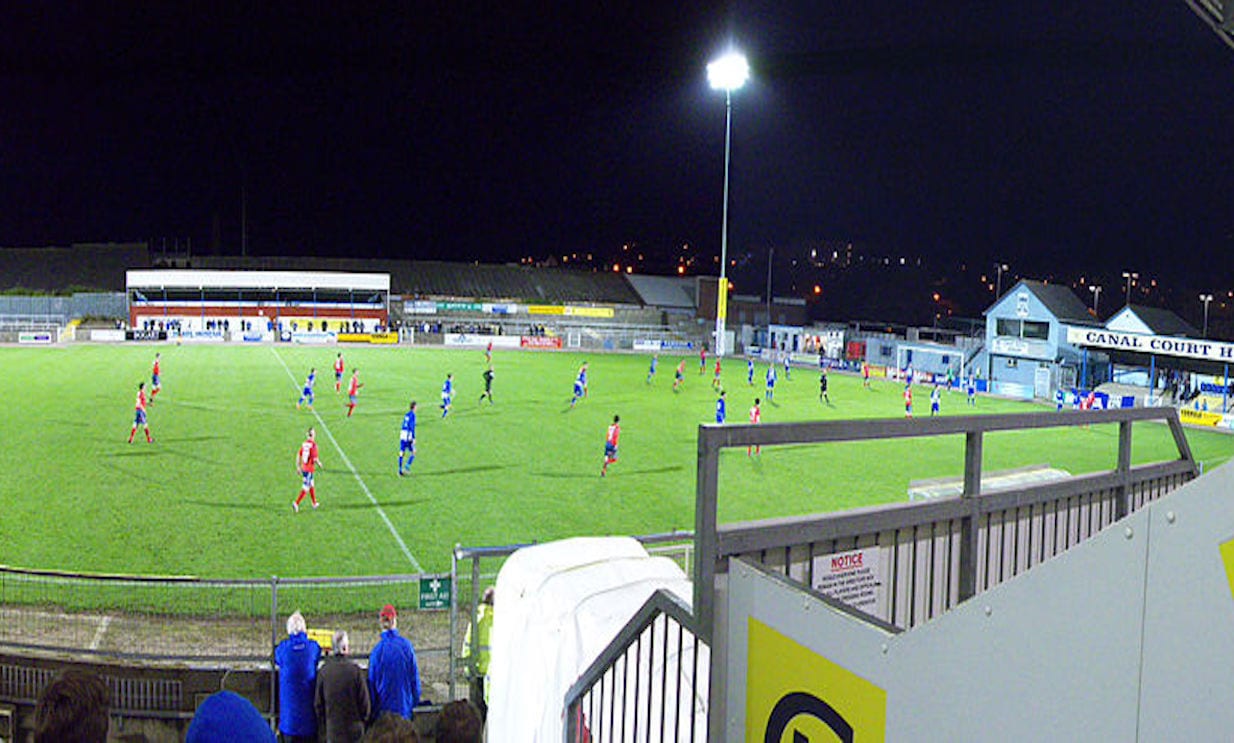 Scenes turned ugly after Newry City and Portadown FC played out a goalless draw in their Bluefin Sport Championship fixture.

Police at the scene confirmed there were a number of people hurt, including one elderly Newry supporter who was treated for injuries sustained by glass.

Fighting took place on the rooftop of a small building adjacent to the Newry City sponsors’ lounge, with a Portadown fan landing on the ground from a rooftop.

Police this morning (Saturday) say they are currently investigating an incident which occurred following a football match at around 10pm on Friday.

A PSNI spokesperson said: “This occurred in the area of Greenbank Industrial estate, Newry, and involved a number of persons.

“Two people have received medical attention for injuries sustained during this incident.

“Police will be working alongside both football clubs with the aim of identifying those involved.