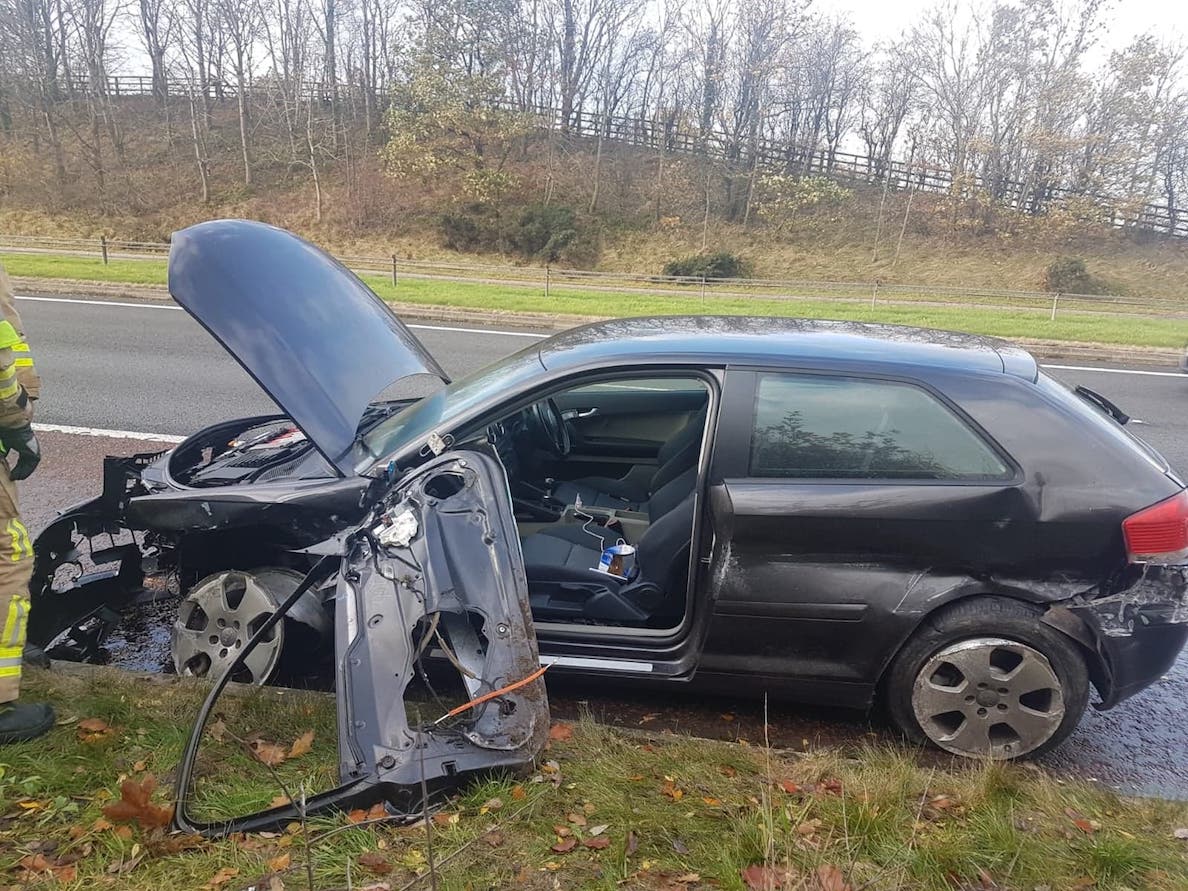 A driver, travelling at around 100mph on the A1, made off on foot after colliding with the crash barrier.

The incident happened at around 11am on Thursday morning, just outside Newry.

Despite a police helicopter aiding the search efforts, the man – who also left behind documents “with varying names” – managed to evade capture.

Now, police are appealing for the public’s help.

A PSNI spokesperson said: “[On Thursday] around 11am this car (pictured) was observed by witnesses travelling at around 100 miles per hour south along the A1 carriageway.

“The driver lacked the skill to keep the car on the road at that speed and struck the crash barrier. Then he legged it.

“This happened just at the junction of the A1 and the Tierny Road where its sign posted for Glasker, just south of the Road Chef cafe.

“The helicopter was on the scene in minutes, closely followed by car crews and then shortly after a doggy. Despite our best efforts the driver got away for the meantime.”

The spokesperson added: “He left some documents in the car with varying names and we are working with An Garda Síochána to identify him from these provided they aren’t in fact false names! And our own forensic examination will follow.

“We need your help – if you were in the area at the time and saw the crash or were overtaken by this car please get in touch.

The registration displayed was OV04APX.