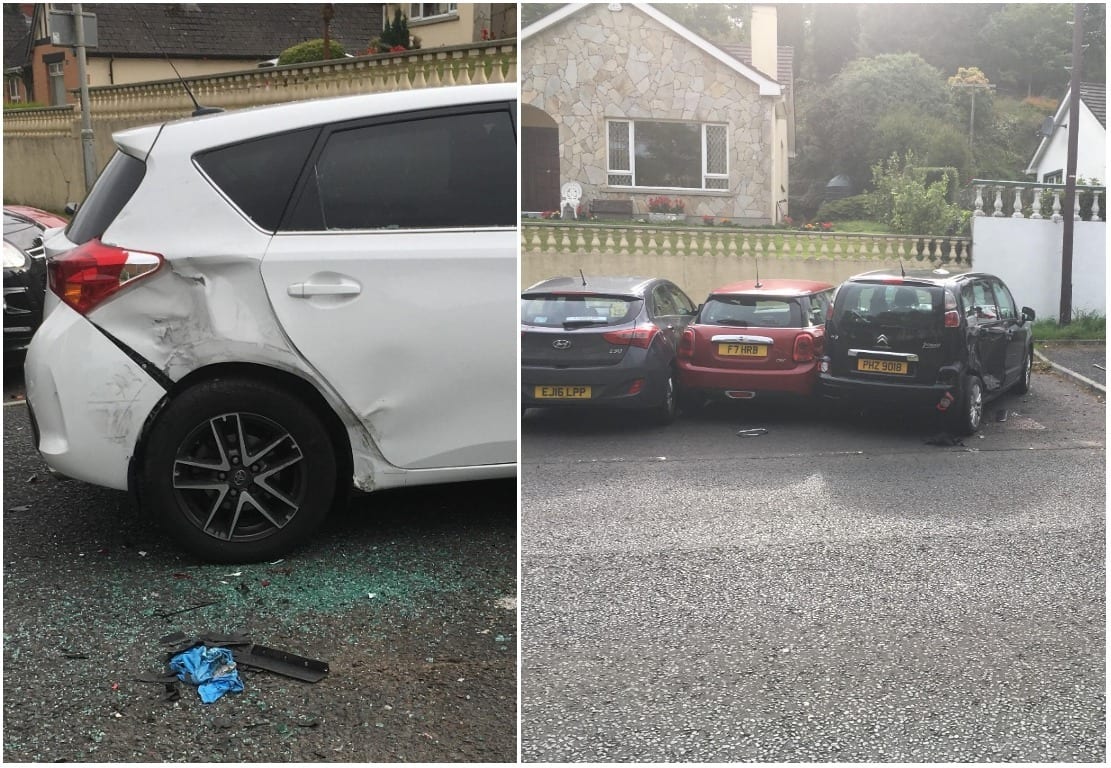 A number of vehicles were badly damaged after a driver reportedly ploughed into a row of parked cars outside Daisy Hill Hospital in Newry this morning (Friday).

It is understood the incident happened before 10am, with up to five cars left badly smashed, on Hospital Road.

A recovery lorry was working at removing some of the damaged vehicles around 4.30pm.

A member of the public, who sent these images to Armagh I, described the damage to the vehicles as significant.

There are unconfirmed reports the driver of another car smashed into the stationary vehicles, however, police have confirmed that no report was made to them regarding the incident.