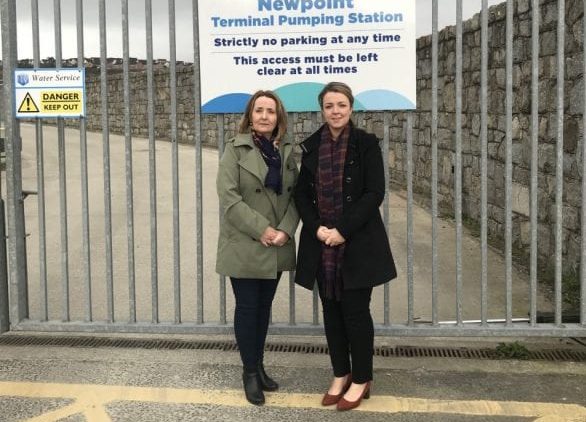 Fears have been expressed that the sewer network around Newry will be unable to cope under the strain of any future developments.

And Infrastructure Minister Nichola Mallon, having agreed to investigate, has been called upon to intervene and take urgent steps to address the matter.

Officials from NI Water recently informed Newry, Mourne and Down District Council that the system is currently operating almost at full capacity.

Concerns now have surfaced that future developments in the jurisdiction could be too much for the system to be able to cope with.

Newry City councillor Roisin Mulgrew said: “This is a grave matter of concern and will have huge implications for any future developments in the city as NI Water will not be able to permit new connections.

“For example, at a conference hosted by Radius Housing this week in Newry we heard about proposals for further housing developments for the city. The potential  impact of not having a fit for purpose sewage system for this type of project would be severe.

“My colleague Liz Kimmins MLA raised the matter with Minister of Infrastructure Nichola Mallon this week, pointing out that the current plans to upgrade the wastewater infrastructure as laid out in her briefing were very ‘Belfast-centric’ and it was imperative that Newry was included in any future investment to upgrade the current systems.

“Minister Mallon has agreed to look at this and confirmed that she is keen to address regional imbalances as part of her work going forward.”