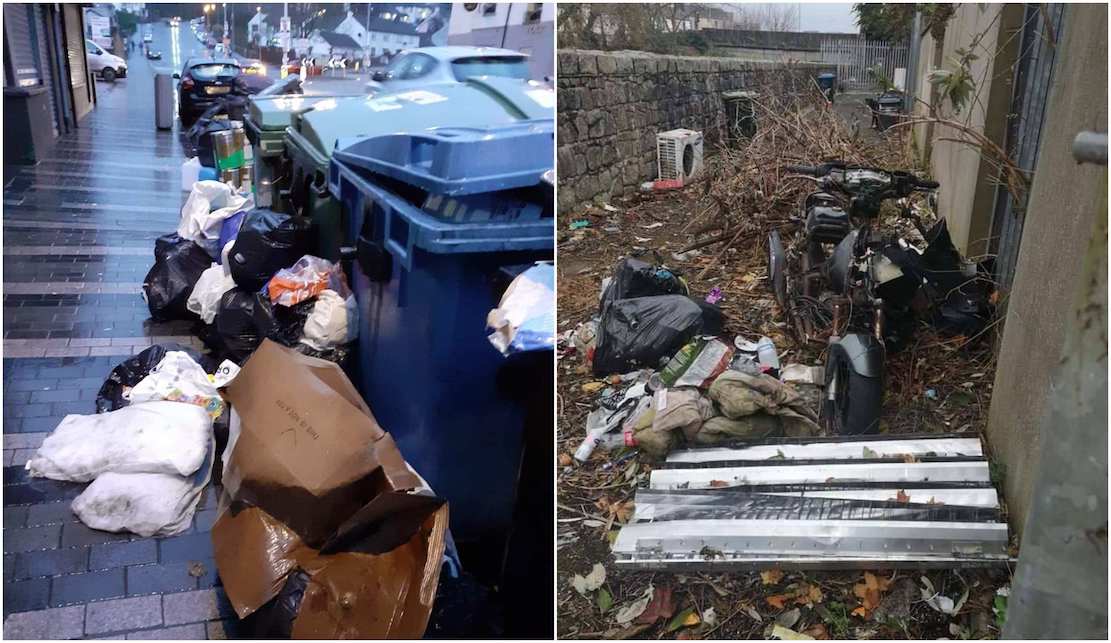 A Newry business has been left fuming after bags and boxes of rubbish were dumped next to their bins on a main street in the city overnight.

The business owner found the unsightly mess as they opened up their Monaghan Street premises this morning.

It’s the second incident of illegal dumping on the city streets in a matter of days.

“More illegal dumping on our streets,” he said. “A local business, which gets its bins emptied every Friday, has been in touch this morning about all this rubbish which was dumped last night beside their bins in Monaghan street.

Councillor Malone says it comes just a few days after another business reached out to him.

On Wednesday, a business owner on St Mary’s Street had a mountain of rubbish dumped to the rear of her premises.

“This woman, like everyone else, is struggling with rates so why should she pay to have it removed,” asked councillor Malone.

“This has been reported to environmental health. Part of an on going escalating problem on our streets. A zero tolerance approach is required.”