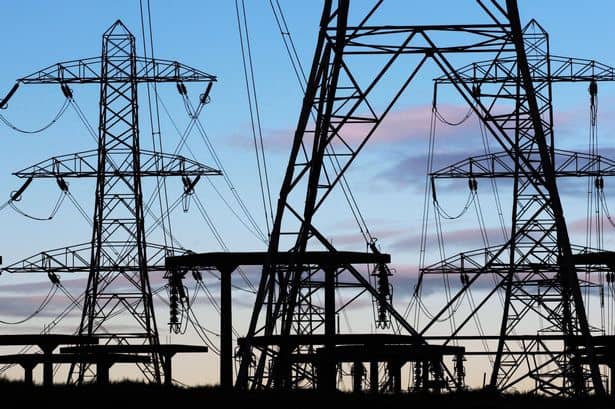 The North-South Interconnector plan in their present form has been rejected by the council following a special meeting last Monday night.

This comes two months after an announcement by Eirgrid that it is now considering under-grounding one of its projects, Grid West from Mayo to Roscommon.

Speaking after the debate councillor Thomas O’Hanlon, who helped table the motion, said he was happy the new Armagh City, Banbridge and Craigavon Borough Council have adopted the policy which was in place in Armagh City.

“Whilst those of us who served on the old council are very much aware of the project, it was very useful to have a full debate at this special meeting of council,” said cllr O’Hanlon.

“We heard from both those behind the project, (SONI) and indeed those against the proposal (SEAT) before taking a vote on the motion before the council.

“The SDLP have been opposed to the project from day one and it was good to have the support from most of the other parties on council in rejecting the proposal tonight.

“The only grouping on council who sought to support the project was some within the DUP, which is disappointing seeing the group had always been opposed to it on Armagh City and District Council.”

Read more about the North-South Interconnector on Armagh I

He added: “Unfortunately the presentation from SONI offered us nothing new.  They tried to dress this project up as some sort of great benefit to this community, but I was having none of it.

“In fact the way they explained the pylons I suggested they should invest in hanging-baskets for them, they made them sound so attractive and harmless.  The reality is SONI / NIE want to litter vast swathes of County Armagh and Tyrone between Moy and Derrynoose with one hundred and two pylons, they tell us they have listened to the concerns of local communities but they haven’t changed their proposal since they were sent from the Public Enquiry with their tail between their legs.

“It was quite interesting to watch SONI / NIE try and sell their proposal to Councillors tonight. They couldn’t answer a lot of our questions about the various costing options being considered but they could tell us that when operational it would save £14million each year.

“This whole proposal is still full of holes.  When they first proposed this project they were asked to consider undergrounding it.  However they told us that would cost as much as twenty times as much as it would to run the power-lines over head, yet when they were challenged this was brought down to ten times the cost and some of their latest estimates say it will be three times the cost.”

He continued: “What really galls me is the fact that there is a proposal to run an Interconnector from Mayo to Roscommon and they are considering undergrounding part of it following the review of an independent expert panel.

“The fact that most of that power-line runs through the constituency of Taoiseach Enda Kenny TD has probably more to do with that recommendation.  I firmly don’t believe NIE would get away with this in the constituencies of the First and Deputy First Minister here either.”

“Council also heard from representatives of SEAT who are representing landowners and residents in communities along the line in objecting to the project. A map showing the proposed route of the controversial North/South Interconnector.

“I share their concerns on this latest development and hope the Planning Appeals Commission will yet again reject SONI / NIE’s latest effort to ram these ugly pylons through our countryside.”