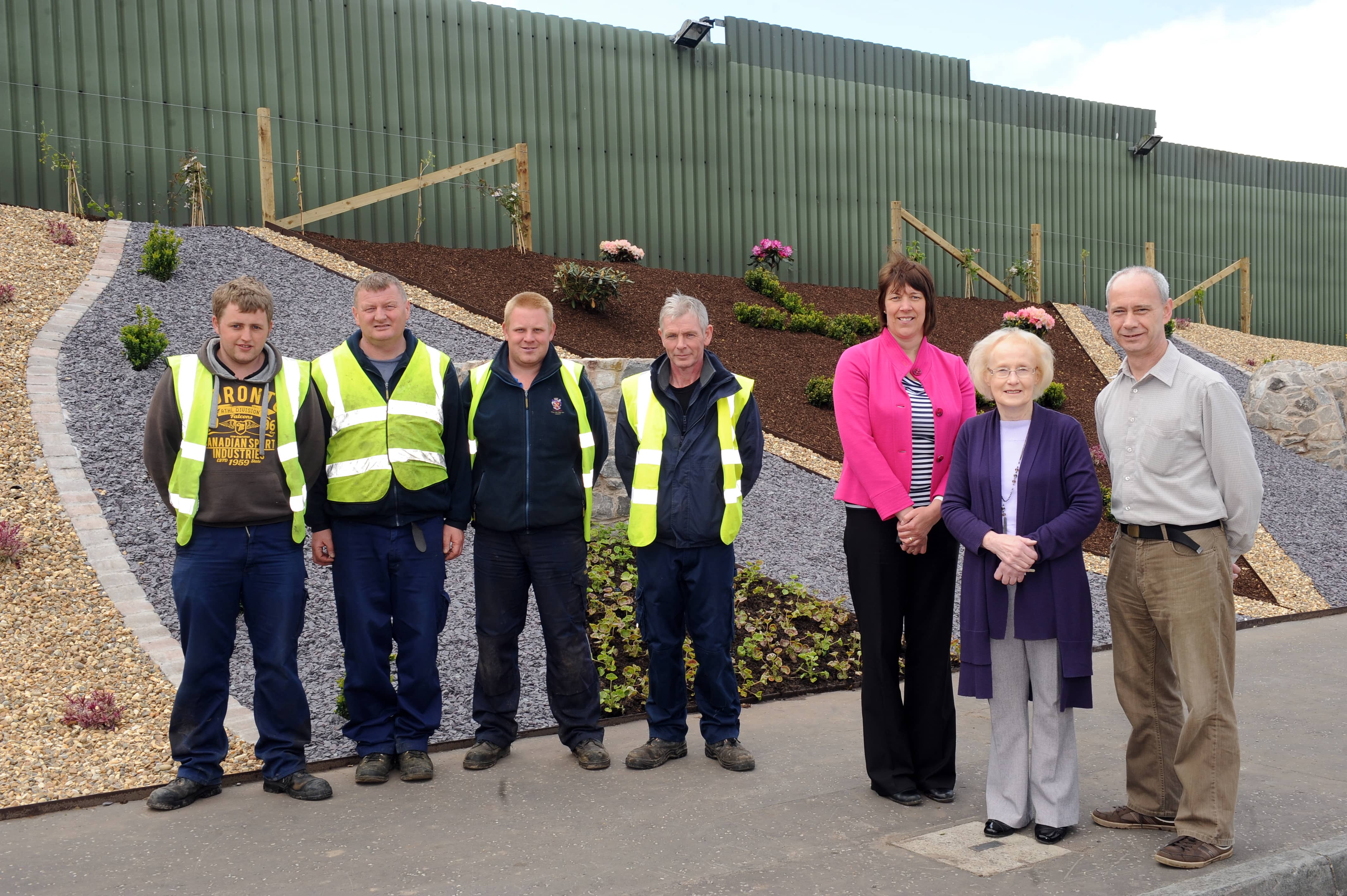 ARMAGH councillors have welcomed the creation of 10 new gateway features across the city.

The work is currently being carried out by the Streetscape Team at Armagh City and District Council.

These 10 new features are being erected within the city centre and on main roads into Armagh.

For some considerable time, their appearance had the quizical passerby wondering  just what was going on!

But now that question has been answered and these features have been both welcomed and criticised in equal measure!

City Councillors who visited the new gateways, in a joint statement, said: “We are delighted with the work that our Streetscape Team are doing.  These new gateway features will enhance the attractiveness of the cityand all have their own individual links with local heritage and history.”

The following are among those under construction and how they have been described by the council:

The newly transformed bedding at the bottom of the Newry Road has now one large impact bed which represents the Ecclesiastical Capital of Ireland.  The stone work signifies the two Cathedrals, St Patrick’s Church of Ireland and St Patrick’s Roman Catholic Cathedral.  The centre piece with the cross symbolises the two Archbishops and Primates of All Ireland. (Our picture shows City Councillors Freda Donnelly (DUP) and Roy McCartney (SF), with Ulster Unionist Deputy Lord Mayor Sylvia McRoberts and the Streetscape Team during the construction outside the PSNI Station at Newry Road).

One of the busiest routes into Armagh, the existing narrow bed was riddled with weeds.  It has now been transformed into a feature reflecting the nearby Orchards.  This will look spectacular during spring when in blossom and autumn / early winter when the trees bear fruit.

This flower bed is located beside the Market Place Theatre and in front of St Patrick’s Church of Ireland Cathedral, where Brian Boru is laid to rest.  The flower bed has a crown which symbolises Brian Boru, the King of Ulster, and this is where Armagh takes the crown for its crest.  The stone structure represents the 11th Century castle which existed behind the Cathedral and the stones of which are used in the retaining walls today.

This new feature has been inspired by the nearby Navan Centre and Fort.  Although not finished yet, the bed has been styled on a mound with shapes that refer to the earthen mound and ring barrow around the mound.

Work on a number of projects is currently planned across the City and District and will be completed over the next couple of months.

Work on the new features are well underway.

But, in taking the decison previously to proceed with the ‘gateways’, some councillors had voiced concerns over the public perception.

It has been revealed that local villages, such as Loughgall, will not this year be entered into the Ulster in Bloom competition, in which is has scored success many times, as the money is being used instead for the ‘gateways’.

Councillors would argue that the ‘gateways’ are money well spent and will be there for years to come, a permanent welcome to the city for visitors and residents alike!

As always, Armagh I wants to know what you think! Do you believe this is money well spent? Do you feel the ‘gateways’ are a welcome addition to the city? What ideas would you have to boost our city and district and attract more visitors? Please share your views….